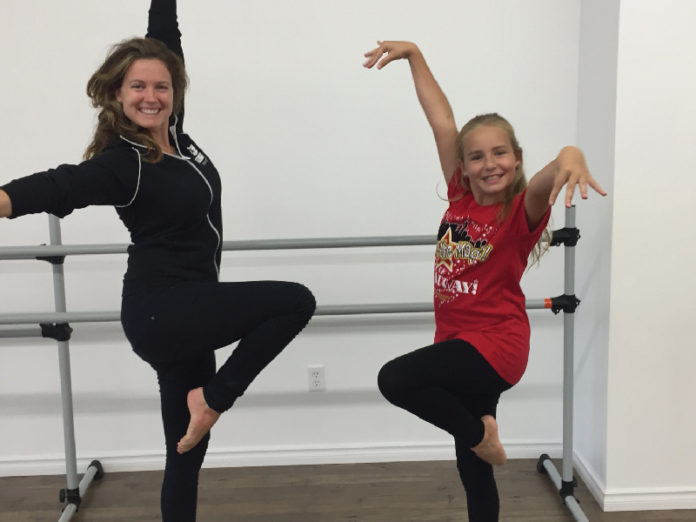 Wadden, a dancer with Element Dance Studio in Bedford, had the opportunity to attend a week-long Broadway Bound dance camp in August on a scholarship after she was selected for it following a solo performance at Dancabition, held recently.

“It was really amazing,” said Wadden, who lives in Windsor Junction. “There were a lot of people who taught me different styles of dance like the Salsa and Tango. Those are style I never really thought of doing before. They’re actually really, really fun.”

The Waverley Memorial School student was on stage at Danceabition doing her solo for musical theatre, and her sister was in the Vault performance.

“I was on stage with them when they were handing out the medals and they called me up,” she said. “They said I had won a scholarship to Broadway Bound.”

Janelle Warren-Konowal, owner and dance instructor at Element Dance Studio, explained that Wadden had been spotted doing her musical theatre solo earlier in the day. Element Dance has racked up close to a dozen awards, including a choreography award for Warren-Konowal for the solo that earned Wadden her scholarship.

She’s proud as a peach at Wadden’s accomplishment.

“I am so proud of her, it was an amazing opportunity,” said Warren-Konowal. “There was a lot of amazing talent at the competition to choose from. She definitely put the work in and it paid off.”

Wadden, 10, said there were a lot of dancing and private workshops that took place. She even got to speak with William from So You Can Think You Can Dance and a former Rockette performer.

“We also went to another dance school in New York where we got to pick three different styles of dance, locking and other ones to do,” she said. “The performance was very short, but there was a lot of dance groups going on stage.”

She said for her, dance was a mixture of jazz, acting, and salsa.

“There was a lot of facial expressions you had to put into it,” said Wadden.

Wadden said the favourite thing she did was the Salsa.

Wadden said outside of the dancing, her and her mom visited the Empire State Building and she saw the Statue of Liberty among top attractions. Plus they ate at a variety of restaurants.

“We went to the Aladdin shows,” she said. “We actually danced on the Aladdin Broadway stage.”

If there was a downside to the trip, it may have been the time her alarm clock would go off.

Wadden said her involvement with Broadway Bound has ignited her passion for dance.
“I definitely want to be on Broadway, but I don’t think I want it as a lifetime job,” she said.