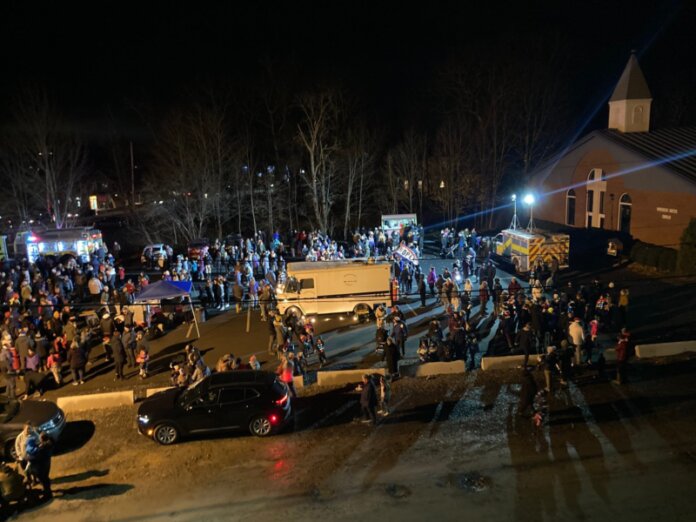 ELMSDALE: The festive spirit came alive on Friday night Nov. 25 at the Village Square in Elmsdale.

Hundreds of families from across East Hants gathered and filled the Village Square up, grabbing food from the three food trucks on hand and some hot chocolate from Keller Williams while talking with neighbours and friends.

The Elmsdale Christmas Tree Lighting was organized by the volunteers with the Elmsdale Beautification Society, with the support of local businesses.

Besides that, there was Christmas music playing with people singing along; Elmsdale fire had two of their trucks on hand giving tours of the engine, which was just what the little ones wanted.

And there was Santa Claus who arrived and stopped to see many of the littles in the crowd.

Besides the tree lighting, the volunteers with the Elmsdale Beautification Society takes care of the Christmas Wreaths, Flower baskets, maintaining the park area grounds around the Elmsdale Village Square, and is funded by generous donations from the people who sponsor baskets and wreaths as well as grants from Municipality of East Hants.

Mostly in unison, as led by Gary Smiley, the crowd counted down the tree to be lit, and at zero it all lit up.

After the tree lighting, it was followed by a few minute long fireworks show from the field next to Elmsdale Landscaping.

And with that the 2022 Elmsdale Christmas Tree Lighting was complete.