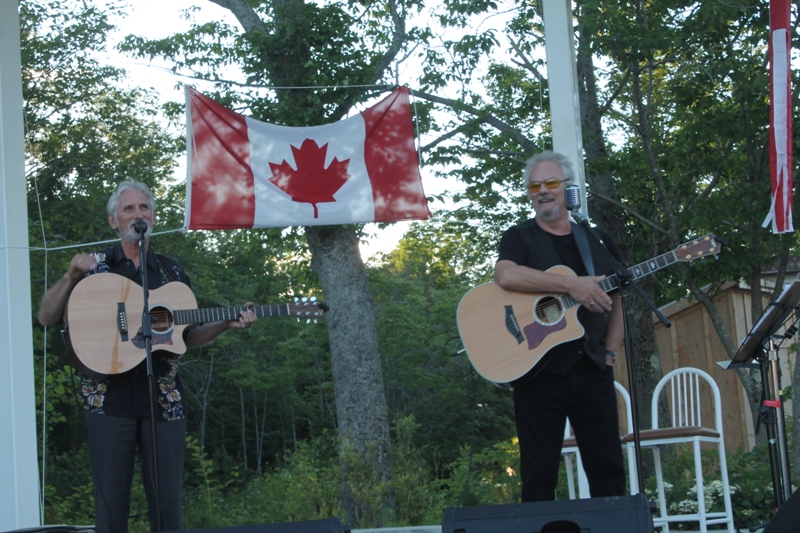 PHOTOS: The concert thru the lens of reporter Pat Healey

“It was a perfect evening,” said O’Halloran of the July 30 concert which saw Christine Campbell open for the two former April Wine founders before a crowd of more than 1,000 under bright, sunny skies. The concert was sponsored by the Waverley Community Association.

”We expected a good sized crowd and planned accordingly,” said O’Halloran. “The event ran very smoothly due to the efforts of all those involved in the planning.”

O’Halloran, the chairman of the WCA, also puts in a lot of time organizing the Summer Concert Series ensuring everything runs without a hitch — outside of the weather.

He said the Goodwyn/Henman concert is one that they’ve been working on for some time.

“It’s a concert we’ve been working on delivering for a long time,” he said. “It was apparent when we contacted the booking agent that this was a show that everyone wanted to happen.”

O’Halloran wanted to give out special thanks to Tim Rand, Keely Acker, Deborah Brennan, Vicky Steele, Virginia Archibald and A Good Day Kitchen and Cafe for organizing and contributing to the hospitality-related items.

Other thanks went to Shannon Campbell, Trevor Allen, Travis Forsyth, Justin McClair, Maurice Aucoin and Trevor Snow for help with sound production and photography; members of the WCA; Waverley Fire Department; and the Waverley Heritage Society.

“It was a community effort,” said O’Halloran of the night’s success. “When we announced that we wanted to do the concert many Waverley residents came forward to offer contributions and expertise.

“It was the efforts of everyone that made the event a success.”

Goodwyn and Henman both shared stories during their two hours of performing before the crowd.

There were even fans from as far away as Boston, Mass. who attended the show.

“It was apparent from the stories and memories that Myles and Jim shared during the show that they both still have a strong connection to the community,” he said. “It was a very special evening.”

O’Halloran said having the two perform an outdoor concert as part of the “Just Between You and Me” acoustic tour was a perfect fit for the Village Green.

“When the Canada 150 program was announced we knew that we had an opportunity to make it happen,” he said. “And we did.”