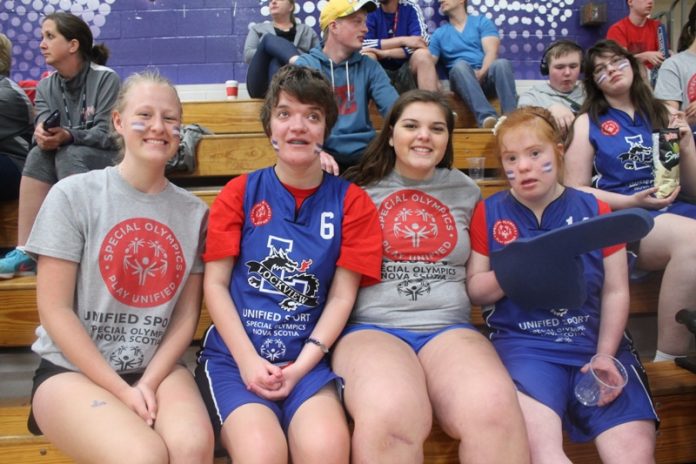 FALL RIVER: Students from four schools gathered at Lockview High School for an student-led initiative that was the first of it’s kind in the Halifax Regional School Board.

Unified Sport brought together students with and without intellectual disabilities for a day of fun—it didn’t matter what the final score on the scoreboard read, the winners were all those involved.

Participating were students from Lockview High; Millwood High in Sackville; Halifax West; and Dartmouth High. There was even a medal ceremony after the final game was held in the afternoon.

Unified Sports was held last year in the Valley and a Lockview student heard about it, and thought to bring it to the HRM. With the support of the school officials—including the administration—the event came together quickly. There were many student volunteers assisting to make the event run smoothly, making it a success.

Dedicated to promoting social inclusion through shared sports training and competition experiences, Unified Sports joins people with and without intellectual disabilities on the same team. It was inspired by a simple principle: training together and playing together is a quick path to friendship and understanding.

In Unified Sports, teams are made up of people of similar age and ability, which makes practices more fun and games more challenging and exciting for all. Having sport in common is just one more way that preconceptions and false ideas are swept away.

From the looks and excitement of their faces—from the game winning shot by a Lockview player for a 23-22 win over Millwood—to the faces as players scored baskets in the Halifax West-Dartmouth game, there was lots of fun had, and Unified Sports will continue to grow and get bigger with more teams and maybe even school boards becoming involved.

Check out the Photo Gallery of game action shots reporter Pat Healey snapped from the game between Millwood and Lockview by Clicking Here.