WINDSOR JUNCTION: A Fall River golfer was on fire during the final round of the MCT Men’s Amateur championship, scoring a five under-67 to win the title.

Shaun Margeson, who plays out of Oakfield Golf and Country Club, finished with a +3 four-day total of 291.

“I hit 16 greens today and that gave me lots of looks at birdies,” Margeson, 18, said. “It was actually a stress free round, as I was hitting the ball really straight all week. Hitting it straight at River Hills is what you have to do to win here.

Margeson, who just finished his freshman year at the College of Costal Georgia, carded a total of five birdies and 13 pars to win by 11 strokes over Aaron Nickerson from River Hills. Nickerson, carded a final round 77 to finish the week with a four-day total of 302.

Jody Swim who was tied for the lead with Margeson heading into the final round of play on a near perfect day weather wise, finished third and one stroke behind Nickerson.

The team will be traveling to the Duncan Meadows Golf Resort and Pheasant Glen Golf Resort in Duncan and Qualicum, BC to represent Nova Scotia.

Tumblin, the second round leader was able to maintain her lead after scoring a final round 83. She finished with a three-day three-day total of 244. 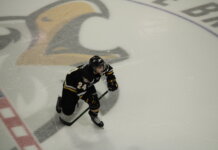 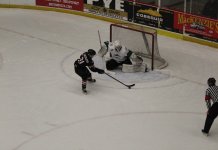