In the inaugural edition of the event, the brainchild of Steve MacLellan, teams battled it out at the cul-de-sac on Aberdeen Drive with all monies going to the IWK.

This year, MacLellan decided the tournament would support something closer and in their community, thus being the Dragons Football sports field being constructed at High Road/Carmel.

Before the first ball was dropped on June 24, $1,000 had been raised, including donations from Bill Horne MLA and Councillor Steve Streatch, who was on hand and announced he was donating $500.

He said they started the tournament to bring the neighbors together for a fun event and decided to turn it into a charity event.

WFG helps families of all walks of life by providing income protection, save $$ and is on an expansion campaign looking for good people who want to help families in the Maritimes.  For more information, please contact Stephan MacLellan.

Reporter Pat Healey was there for two games and snapped some great great game action photos that are posted in our Photo Gallery. 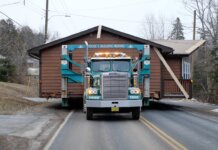