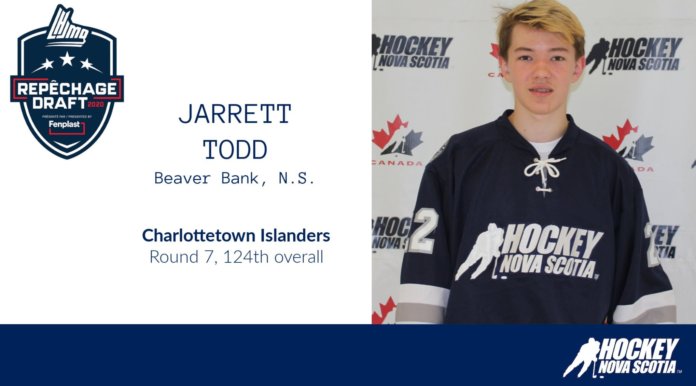 BEAVER BANK: A major midget hockey player from Beaver Bank has joined a fellow member of the community that can say they’re part of a Quebec Major Junior Hockey League (QMJHL) team.

Jarrett Todd, a center with the NSMMHL’s Halifax McDonald’s coached by former East Hants Jr Penguin star defenceman Tim Boyce, heard his name called during the QMJHL Draft on the weekend of June 5-6.

Todd was selected by the Charlottetown Islanders in the seventh round, 124th overall.

The Rangers major bantam alum compiled 11 goals and 21 assists in 2018-2019 with the Lantz-based club during a 32-game regular season.

Last year with the Macs in the NSMMHL, he racked up 15 goals and 13 assists in 35 games played. Before COVID19 shutdown the season, he had three goals and two assists in nine playoff games.