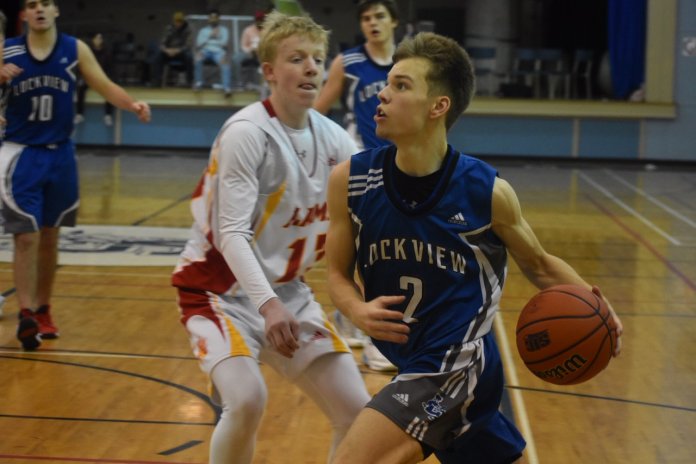 The game was a part of the tournament held at the Sydney Academy gym on Nov. 29.

Lockview High’s Oliver Horne looks to the rim as Jeremy Clarke of the Sir John A Flames keeps an eye on him during basketball action at the Sydney Academy gym on Nov. 29.

The two teams were playing during the Governors Pub and Eatery Wildcat Invitational tournament.