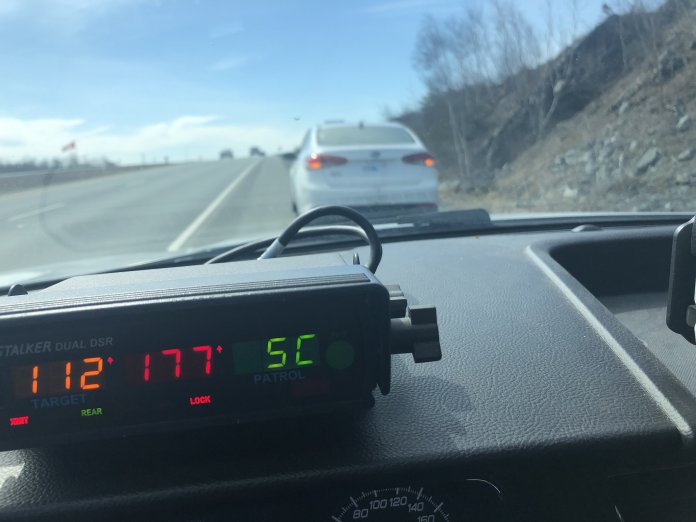 LOWER SACKVILLE: On March 21 at 1:49 p.m., a member of the RCMP’s Southeast Traffic Services in Halifax was monitoring traffic on Hwy. 102 near Lower Sackville. They observed a white sedan travelling at a high rate of speed near Exit 4B and activated the RADAR.

The RCMP officer conducted a vehicle stop, and the 19-year-old male driver was charged with Stunting under the Motor Vehicle Act.

Police seized the vehicle and it was impounded. The fine for stunting in Nova Scotia is $2,422.50. The driver was also charged for having a suspended licence.

The RCMP want to remind the public that speed is one of the major causes of serious injury and fatal collisions on our roads. Road Safety is a priority for the RCMP, and drivers are reminded to make it their priority as well.