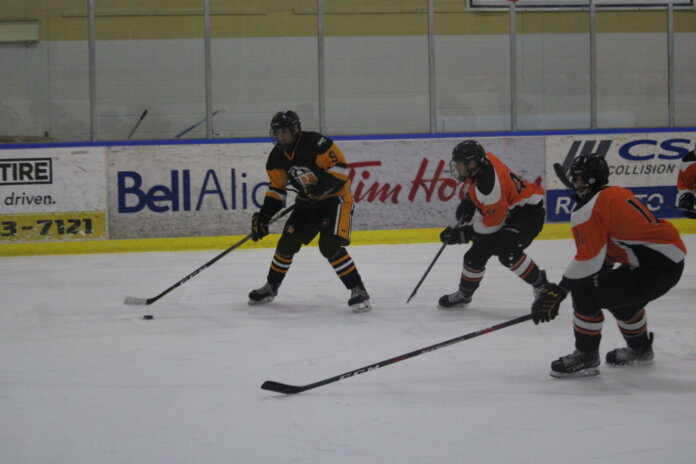 In NS Jr C hockey action last weekend, the Pens held off the Sackville Knights 8-6 before the home fans at the Keith Miller Arena in the East Hants Sportsplex in Lantz to move to 10-0 and stay undefeated on the season.

Evan Tilley notched a hat trick to lead the way for the Pens. Mark Randell had two goals and two assists for the winners.

Josh Jackman led the Sackville offence in the game.

Mat Boutilier stopped25 of 31 pucks sent his way in the Pens goal.

East Hants enxt plays on the road to Spryfield on Nov. 27.