FALL RIVER: North West Community Council (NWCC) will have a topic of interest to many in the Fall River area on its agenda for it’s Jan. 14 meeting, which will be held at Lockview High School in Fall River.

While those attending the 7 p.m. meeting at the cafeterioum won’t be able to put forward their thoughts–for or against– on the item, councillors from NWCC will discuss the Carr Farm Development.

In the document about the case, it indicates that the proposed development is for an enriched living care facility intended to respond to market demand for housing that is designed to meet the changing needs of citizens as they age.

GFC Management, the applicant, is proposing amendments to the density and form limitations to allow additional units and larger buildings to generate economies of scale that would enable the care services by Northwood Care Inc. as well as additional building enhancements such as underground parking, elevators, and common spaces. The higher density is also requested to minimize the cost of the rental units to increase affordability

The details of the request for MPS amendments are as follows:

a) increase the permitted density from 4 units per acre to 8;

b) increase the maximum number of storeys per building from 3 storeys to 4;

c) increase in the maximum number of units per multiple unit building from 40 units to 100; and

d) include two smaller sites identified as PIDs 40707432 and 40707440 as a part of Residential Opportunity Site B to allow these sites to be used for access to the proposed development.

It’s expected that NWCC will make a motion to pass it on to regional council. 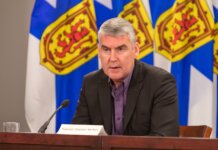 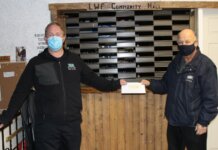