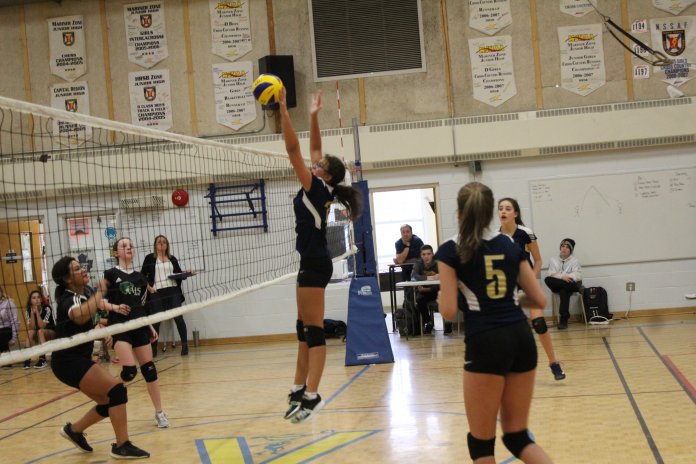 FALL RIVER: Gabby Allen of Waverley stretches out to make a huge block and secure a point for G.P. Vanier Vipers girls volleyball team as the ball landed back on the AJ Smeltzer side in this Oct. 30 game.

The Vipers took the nail biter between the two teams, winning three sets to two.