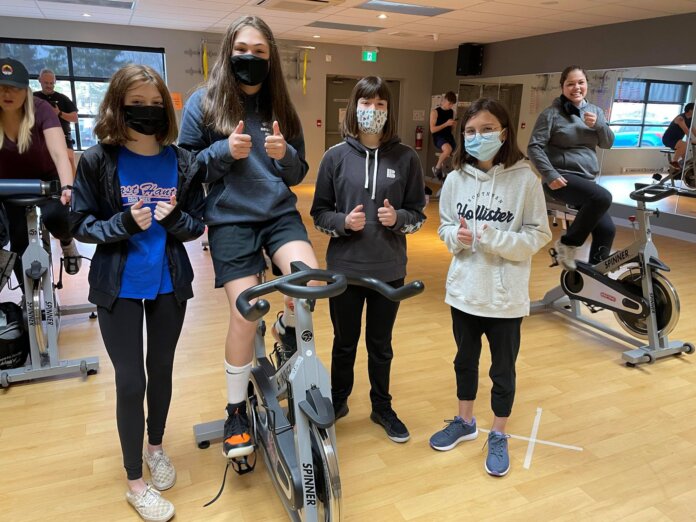 ELMSDALE: More than $1,500 was raised for a family who lost their home to a fire last month in Enfield through a spin-a-thon fundraiser.

On March 27, Strides Health & Fitness Club in Elmsdale held an almost day-long fundraiser with 11 teams coming together to spin for the day all to raise money for the family.

A special mention goes to Will Shields who spun for the most time individually, a total of seven hours and eight minutes.

In the end, the event raised $1,710 for the family, whose home on White Road in Enfield was ravaged by fire. It has since been demolished and the family plans to rebuild on the site.

Leslie Wilber-Campbell, owner of Strides, said they asked the families permission to hold the fundraiser. One of the family members is a Strides member. She said the family was very appreciative of the fundraising efforts.

“We wanted to do something for the family, and it’s great for the community spirit as well,” said Wilber-Campbell. “We had a lot of donations from the community, businesses and members.”

She said when they approached the community with the idea, they had support right away.

“We knew it wasn’t going to be hard,” Wilber-Campbell said. “People were very generous. I figured our East Hants community would come through.

“It’s great to see so many out supporting this and getting fit at the same time.”