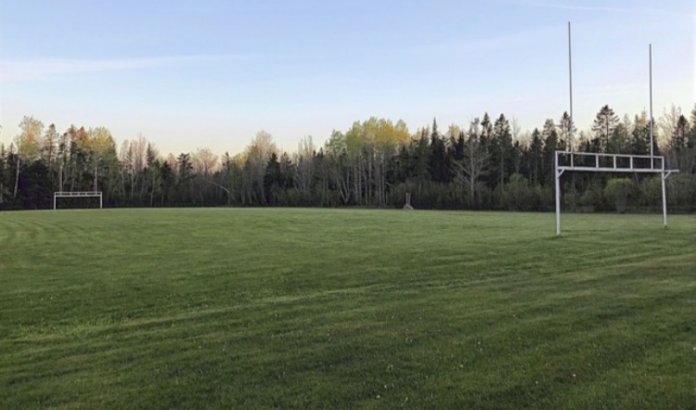 ENFIELD: The Enfield Rugby Football Club (RFC) is embarking on a project to make improvements to the Breagh MacNeil Memorial Field at the Lions Den in Enfield.

In a release, the club announced they were the successful recipients of a 2020 Municipality of East Hants District Recreation Grant which is going to serve as the core funding for the project.

“It was wonderful to work with municipal staff on the grant application, and a real pleasure to hear the positive comments shared by members of the Executive Committee about our organization,” the club said in the release. “We are also excited to announce that the Nova Scotia Department of Communities, Culture and Heritage has committed funding from the Community Recreation Capital Grant Program to the project.

“We are also incredibly grateful to sponsor John A MacDonald, of E-Commerce Solutions by Canucks Inc., for helping bring this project to reality.”

The project is a partnership between Enfield RFC and the Enfield and Elmsdale District Lions Club.

In the release, it says the four-part construction project that will improve the quality of the existing playing surface, allow for an extension of the size of the field to match World Rugby standards, address water and drainage issues along two sides of the field, and address the much storied “dip” at the try line.

“We were lucky to have the support of three Nova Scotian businesses to assess the site and give us estimates for the project,” the release said. “The eventual bid winner was Harbour Construction who are beginning the work this week.

“We are working closely with the owner and staff on the project and are incredibly excited to see our vision turn into shovels in the ground.”

They said that there will be some limitations around access to the trails at the Lions Den over the next few weeks, but we need to ensure health and safety for everyone comes first.

“We apologize for any inconvenience this causes to the community and will keep the paths as open and accessible as possible,” the release said. “Rest assured, we are committed to repairing any trail damages that may occur during construction.”

In partnership with the Lions, Enfield RFC is taking advantage of a unique opportunity.

“There has never been a summer where there aren’t groups using the field daily, and aspects of this project build on each other,” said the release. “Rather than trying to complete multiple phases over two years and damaging work already completed, we are thinking big and aiming to complete all four phases in 2020.

“In support of this project, we will be launching a fundraising campaign in the coming days. We are thrilled to have the financial backing of the Municipality of East Hants and the Province of Nova Scotia, and will be digging into the capital project funds that we have built over the past decade with this project in mind.”

They said trying to fit a multi-year project into a single year is going to prove challenging.

“We are hopeful to have the support of the family and friends of the Enfield Rugby Football Club to ensure our success,” the release concluded.