The Halifax Xplosion women’s tackle football team, which participates in the Maritime Women’s Football League, is set to hit the field for the first game of the 2019 season on May 4.

Organizers with the team say anyone interested in trying out is invited to attend their upcoming practices.

The league has added P.E.I. to it’s list of teams, which now sits at five. Halifax plays against teams out of Fredericton, Saint John, and Moncton.

The championships are scheduled to be held here in Halifax on June 22.

Anyone looking for more information can get in touch with the Xplosion via their Facebook page or by email at xplosionfootball@gmail.com. 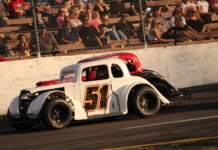