FALL RIVER: David Walker thought he would need luck to be able to come out as the winner of Mx. Lockview 2018. He did just that, and did it based on his talents and wowing the panel of five judges.

Earlier in the afternoon of May 31 during a stop at Tim Hortons in Fall River with friends for a drink, he told The Laker he would need luck to be crowned the winner.

But hearing the crowd applaud his lip sync of Hallelujah and seeing the judges wowed by him—a couple who said if they could have given him more than a five they would have—it was clear who the favourite was.

Once all five segments that the five students—Walker; Ryan Murney; Mike Reed; Cohen Creighton; and Devin Sherwan—competed in to be judged and the judges discussed who should win, the 2017 winner, Elijah Boulton announced Walker as the winner. The crowd erupted in applause.

Mx. Lockview is held as a fundraiser each year for Lockview’s Prom. 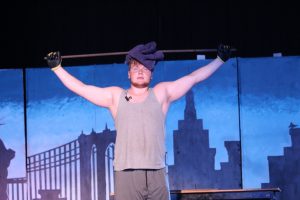 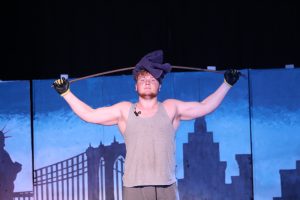 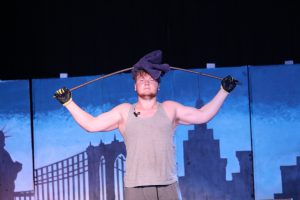 Mike Reed is shown as he does his talent–bending a rebar over his head during Mx. Lockview (Healey photos)