SYDNEY: Hard work and heart is what got Ryan Francis to the Cape Breton Eagles of the Quebec Major Junior Hockey League. And it’s what landed him on the radar of NHL scouts heading into the 2020 NHL Draft.

Now that the slick playmaking Beaver Bank product has been selected by the Calgary Flames in the fifth round, 143 overall on Oct. 7, he aims to continue putting in the hard work that will one day land him at the pro hockey level.

Francis was projected to go between round two and four in the draft, However, he fell, but that didn’t bother the forward, who had family and friends join him for the Draft.

“We were all watching the draft (round two started at 12:30 p.m.), hanging out in the living room,” he said. “When the news broke, we were very excited. They were super happy for me.

“It was a great moment. Something I’ll never forget.”

He said wherever he went it was just a number.

“Where you get drafted is just a number, it’s just one step in a long road of hard work,” said Francis, ana assistant captain in Cape Breton. “Wherever I got drafted wasn’t a huge concern for me. It wasn’t a big deal, but obviously the higher you go the better chances you have at certain things.

“It’s just a number, but now I’m going to continue to push every single day to become the best I can, and one day hopefully play professional hockey.”

Francis now turns his attention to a weekend set against the Charlottetown Islanders at Center 200, with less pressure then he had even starting this season with the NHL Draft on the horizon.

“I have a little bit of that stress off me and can just focus on playing hockey and going back to what I love doing with a little bit less stress,” he said. “I’m excited to be drafted and now ready to go back to the rink each and every day, pushing hard, and helping Cape Breton have a great season.” 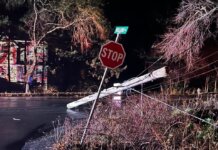 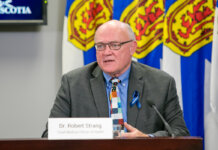 N.S. implementing travel restrictions for children under 11 participating in sports or arts and culture events 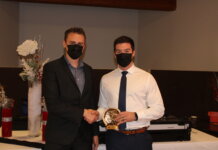