ENFIELD: East Hants RCMP responded to 101 calls for service between March 31 and April 6.

S/Sgt. Cory Bushell said that the trouble began in the early morning hours when a motorist struck a deer.

A couple hours later, police were called at 10:55 a.m. for a report of a pickup truck on it’s roof.

Finally, just before 12:30 p.m., RCMP responded to area again in response to a small sedan that ran off the road and into the woods.

A suspicious person in Tennecape had RCMP responding on April 5.

S/Sgt. Bushell said residents observed a male pacing the area and walking among some cabins and camps in the area.

An immediate patrol was made and a male matching the description was located walking along Highway 215.  The male identified himself to police and advised he was walking to the next town.

It is believed he was seeking a place of shelter as opposed to nefarious criminal activity.

Later on April 5, officers were called to the scene on an ATV crash in Mount Uniacke.

The driver was seriously injured and transported to hospital by Lifeflight.

Due to the location of the crash and subsequent landing zone, members were required to shut down the approaching highways to ensure the safety of the flight crew and victim.

From the Cruiser is sponsored by: 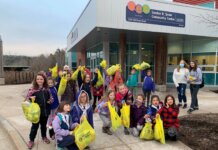 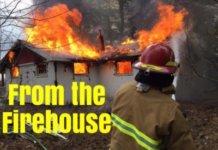