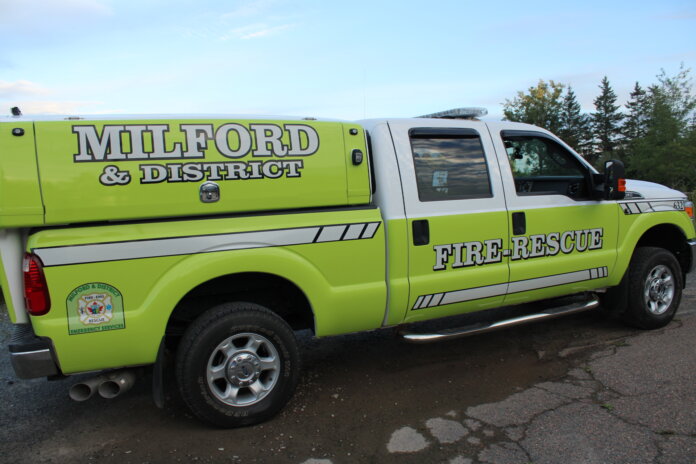 NINE MILE RIVER: Here’s a look at the fire calls responded to by volunteer fire departments in the East Hants and Stewiacke areas.

Uniacke Fire responded to 21 calls for the month of September, including 16 medical assists. They also had four mvc’s and one structure fire.

The department would like to thank everyone for their continued support of their fire department in the provincial 50/50 draw.

For Elmsdale Fire, they had 33 calls with more than half being medical assists. They also had 10 motor vehicle collisions; four alarm activations; one vehicle fire; and one fuel spill.

Enfield Fire heard their pagers go off 13 times last month, led by five mvc’s. They also had four alarm activations; two mutual aid calls to neighbouring departments; and one each of vehicle fires and a brush fire.

Kennetcook fire had four calls in September, all of which were medical assists.

For Lantz Fire, they had 28 calls in total, led by 18 medical assists, four mvc’s, four alarms, one smoke condition, and one vehicle fire.

For Stewiacke Fire, they had their toners go off just twice—one for an mvc and one for a residential fire alarm.

Pager tones went off for Milford Fire to respond to 10 calls in September. They had a total of seven MVC’s, five of which were on Highway 102. One MVC that Milford assisted Shubenacadie Fire with involved Life Flight.

Lantz Fire also assisted Milford in extinguishing a vehicle fire on Hwy 102 that they happened upon.

Members at Milford Fire would like to send a huge Thank You to all its supporters in the Nova Scotia Firefighters 50/50.

For Nine Mile River Fire, they had two calls—an mvc and a fuel spill.