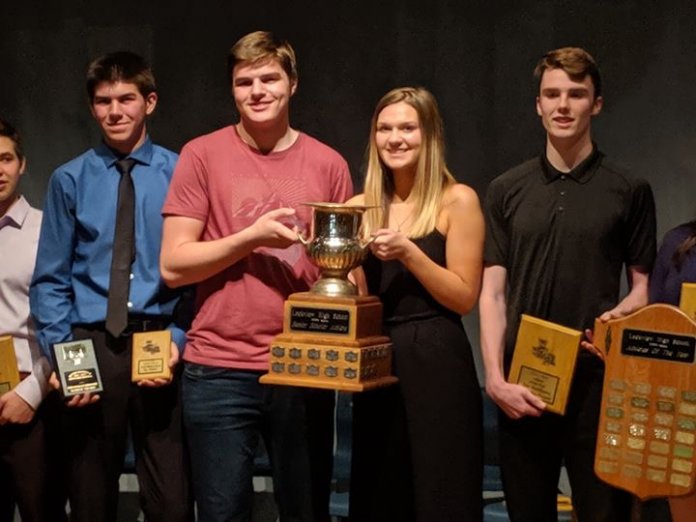 The sports awards, handed out June 5 at the Fall River-based school, celebrate the best in the sporting community at LHS.

Jake Kelln and Ashleigh Marshall each were honoured with the Senior Male and Female Scholar Athlete of the Year awards. Each were presented to the two athletes by LHS Principal Bernie MacEachern.

Marshall is headed to UPEI Women’s basketball in September.

Besides the scholar awards, Kelln and Marshall earned awards in other sports. Kelln was named volleyball MVP, while Marshall brought home honours with coaches awards in ladies golf and cross country.

The junior varsity girls Dragons volleyball team were named Team of the Year. They were undefeated through the regular season and came home with a provincial silver medal.