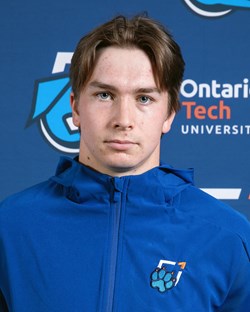 BEAVER BANK: A former Yarmouth Mariner who hails from Beaver Bank has been named Rookie of the Year with his Ontario University Athletics hockey team.

Noah McMullin, a defender with the Ontario Tech Ridgebacks, was announced as the team’s rookie recipient on March 30.

The former Mariner of the Maritime Hockey League scored once and assisted on eight others in 28 regular season games. He also compiled six penalty minutes.

Meanwhile, a fellow Beaver Banker is also on the squad.

Cody Grant, a forward, scored twice and assisted on four others in 22 games, racking up 20 penalty minutes in game action.

Heads up: Expect delays on Hwy 2 on Friday and Tuesday