DARTMOUTH: The men and women who don the RCMP uniform have another tool at their disposal aimed at keeping Nova Scotia’s roads safe.

At a demonstration on July 8 under sunny skies at N.S. RCMP Headquarters in Dartmouth, Const. Bruce Myers with Southwest Nova Traffic Services showcased one of six new Harley Davidson Road Kings, two of which are stationed within the HRM area.

Other RCMP motorcycles are in the South Shore region; the Antigonish area; and Cumberland County.

The motorcycles help protect road users by giving a clear vantage point to identify motorists at risk of serious/fatal injury (FSI) (such as not wearing a seat belt and driving distracted which can include talking on a cellphone or texting, two of the leading causes of FSIs).

Among some of the key features include:

·         The lighting system works off a 3-way toggle switch on the handlebars. This allows the operator to activate the lights without removing their hands from the handlebars. The lights cover 360 degrees of the motorcycle, so they are highly visible from all perspectives.

·         The standard horn function has been replaced with a loud airhorn to get immediate public attention.

·         The smaller vehicle size helps riders monitor roadways from a variety of perspectives and locations to ensure road safety.

·         The radio has a speaker and microphone integrated into the helmet so the rider is always connected to other police and dispatch.

·         Bluetooth is integrated with the mobile radio, allowing the rider to communicate without removing their hands from the handlebars.

·         The propped-up seat forces the rider upright and improves handling of the motorcycle.

In 2019, 62 fatal and serious injury collisions involved not wearing a seat belt, wearing one incorrectly, or driving distracted, police said.

Nova Scotians can expect to see the motorcycles on the road in the next few weeks if they have not already as they help members ensure roads are safe for all users. 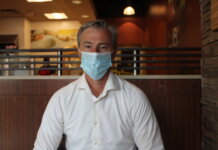