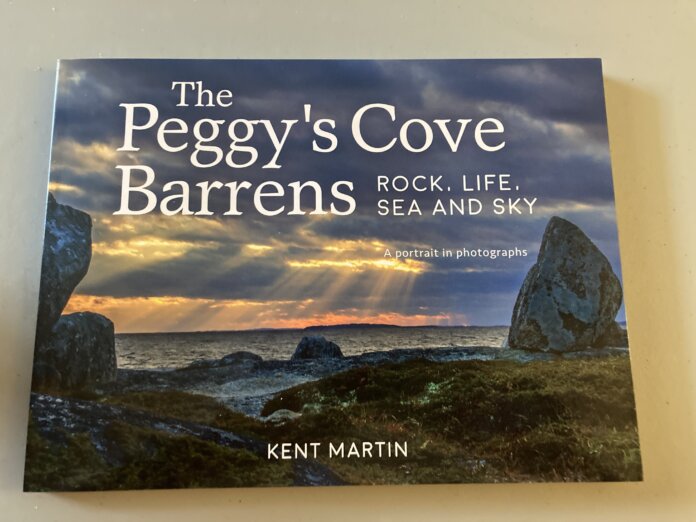 From a release issued by Formac Publishing:

PEGGY’S COVE: With the long-anticipated opening of the brand new Peggy’s Cove boardwalk, locals and tourists alike are heading out to Prospect to catch unbeatable views of the Atlantic.

Halifax author and filmmaker Kent Martin has taken his camera past the iconic lighthouse to explore the Peggy’s Cove Preservation Area.

His photographs, all of them unretouched, are published in The Peggy’s Cove Barrens, a stunning new book by local publisher, Formac Publishing.

The Peggy’s Cove Barrens is a book that shows not only the beautiful landscape of the barrens, but the unique ecosystem that
surrounds Peggy’s Cove and the importance of preserving it.

Few of Nova Scotia’s barrens are legally protected, and Martin hopes that this book will inspire others to protect these wild lands.

Martin is a well-known filmmaker who has produced and directed more than 100 films in his 50 year career including Westray, a film
that was shortlisted for an Academy Award. He has been a passionate photographer since his early teens and began photographing the barrens after his long career.