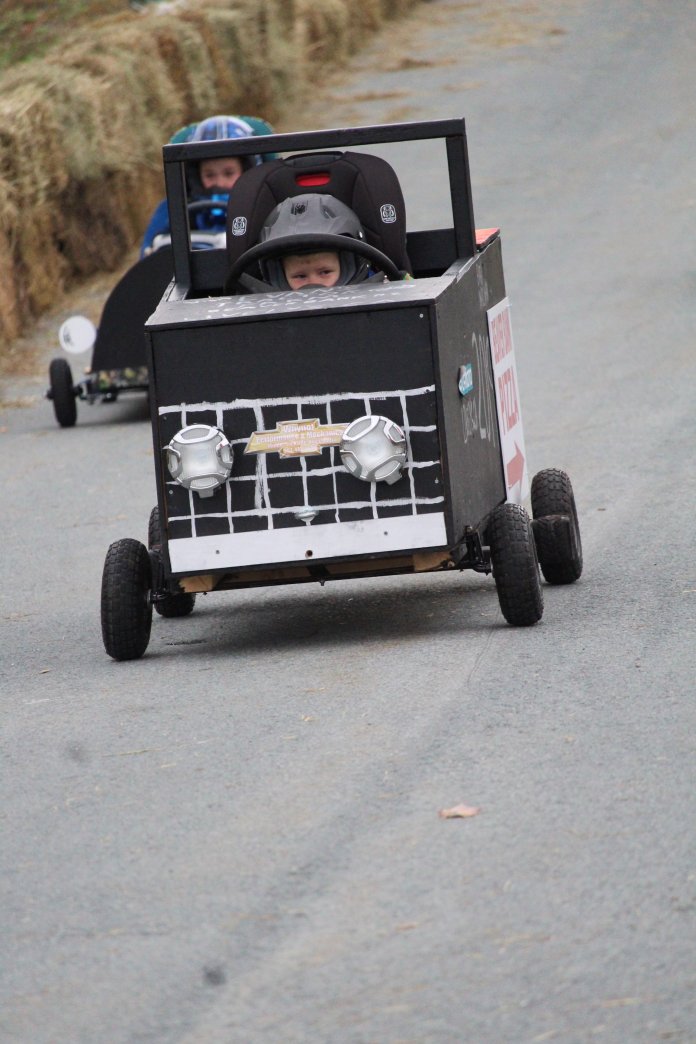 BEAVER BANK: Evan Mailman stares straight ahead as his box car nears the finish line in his race with two others. Unfortunately, all three of the box cars slowed and came to a stop before the finish line on Oct. 19.

The box car races were postponed from an earlier date because of Hurricane Dorian. (Healey photo)

Owen Mahar had his Legend car and bandolero on displasy at the Diabetes Canada fundriaser, held in conjunction with the Beaver Bank Box Car races held on Heatherglen Drive in Lost Creek subdivision on Oct. 19. Mahar races out at Scotia Speedworld. (Healey photo)

Two of the Box Cars await the tow truck to be hauled back up to the start line after their first run at the event, held Oct. 19 on Heatherglen Drive in Beaver Bank. (Healey photo)

Box cars head down Heatherglen Drive in the Lost Creek subdivision to much cheering from the approximately 100 in the crowd lined along the street cheering everyone on at the Beaver Bank Box Car Races on Oct. 19, organized by Cartoon Conrad. (Healey photo)