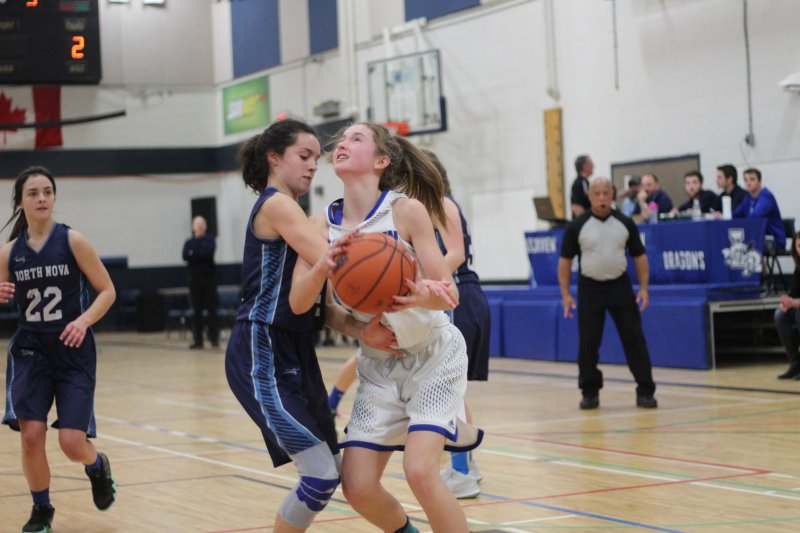 FALL RIVER: It was an emotional loss in the championship final of the Bill Dompierre Memorial Basketball tournament for three graduating players on the Lockview High Dragons girls’ hoops team.

But as coach Lori Lancaster said afterwards her troops played great and can learn from the 60-52 loss to C.P. Allen Cheetahs and get better for the remainder of the high school season, with their eye’s on the bigger prize—a provincial championship.

In the final, Hannah Smith led the C.P. Allen Cheetah attack with 21 points en route to the victory.

Ashleigh Marshall had 16 points for Lockview, while Grace Lancaster threw down 12 points in the loss. It was Marshall’s, Gracie MacIntyre, and Emma White’s final Bill Dompierre. All three are Grade 12s on the team.

The Dragons opened the tournament, marking it’s 10th year, with a 62-51 victory before a full house in the Spirit Game on Jan. 11 before many fellow students.

Leading the attack in the contest against North Nova, which saw fouls aplenty to players on both sides, was: Grace Lancaster with 17 points; Emma Foye with 11 points; Marshall with nine points; Molly White with seven points; Abbi Gaudry with five points; and MacIntyre and Emma White each with four points.

A rested Lockview squad played Memorial High, who had played their first game of the tournament just 14 hours earlier, to kickstart morning action at the Snow Centre on Jan. 12. The Dragons won 71-53.

Leading the attack was: Foye with 23 points and Gaudry with 18 of her own.

Madison Purchase and Belle McKee had 15 each for Memorial.

For the Brett Fulmore-coached boys team, they found their scoring touch quickly against HERH in the 90-76 victory, led by Ethan Cooley who scored 33 points.

HERH was led by Jeremy Toms who scored 20 points, while Jeff MacDonald contributed 14 in the loss.

In the night game, Sydney Academy showed no jet lag from just arriving about an hour before the game as they handed the Dragons a 107-70 setback.

Against Prince Andrew in the bronze medal game, Jake Kelln led the way as Lockview grabbed the 101-77 win and a third place finish to wrap up their tournament.

The Ken Cooper-coached Panthers were led by Dikeim Davis with 34 points and Donte Brooks with 17 points. 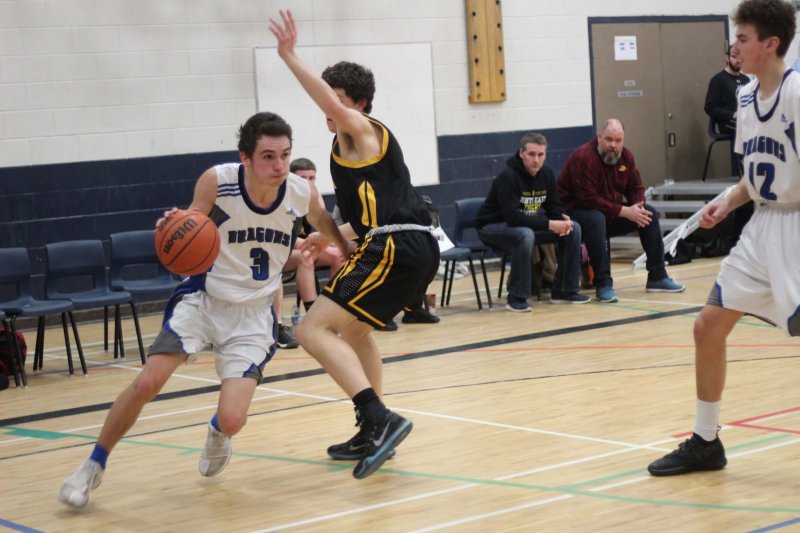