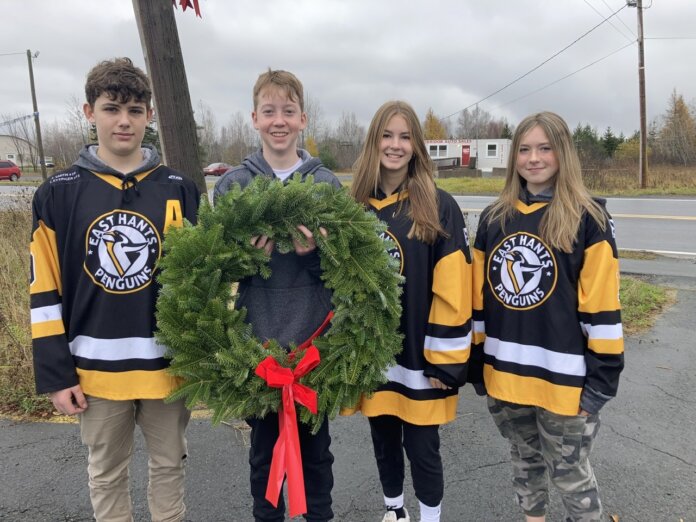 ENFIELD: Highway 2 between Enfield and Lantz got a little Christmassy on the weekend of Nov. 13.

The Under-15 East Hants Penguins AA hockey team, along with volunteers from Enfield in Bloom (which now includes Lantz), Elmsdale Beautification. Local businesses helped out with coffee and there were even some Girl Guide Cookies to be had from a local group that organizers purchased for the hardworking hockey players and other volunteers.

Hants East MLA John A. MacDonald also pitched in to hang the wreaths above the signs previously installed in late October on the power poles along the road between the communities.

After the groups, which were divided up into six or so groups, were completed they met at Curly’s in Enfield to talk about the couple hours of work they did.

“We were so fortunate to have so many people from the community come out and support Enfield in Bloom and Elmsdale Beautification,” said Julie Gilby when asked her thoughts on the day.