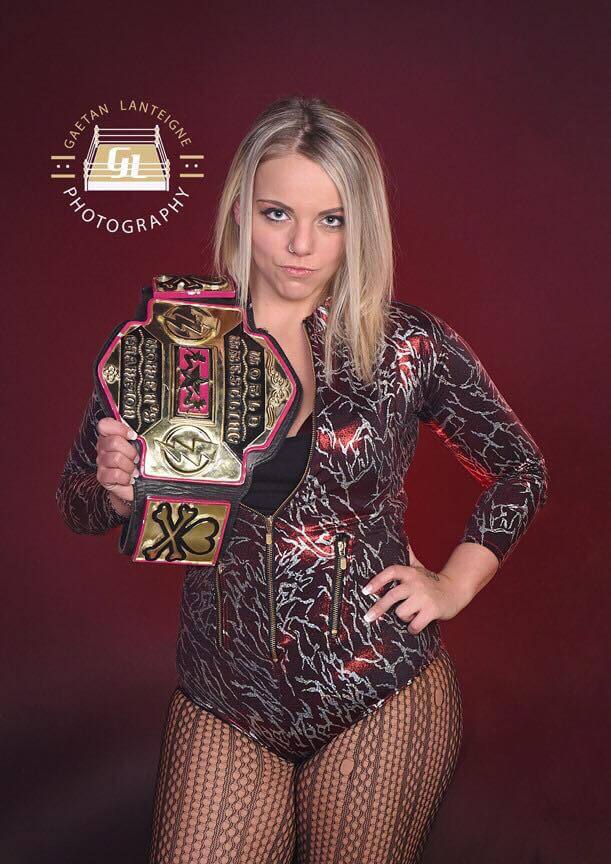 LANTZ: Wrestling fans in East Hants will get one last chance to see some of their independent favourites one last time before the ice is put back in at the Keith Miller Arena in the East Hants Sportsplex on Aug. 22.

Ryan Mader, affectionately known as Lincoln Steen, a fan favourite to some a nemesis to others, is bringing Pro Wrestling back to the East Hants Sportsplex in Lantz. Bell time is 7 p.m.

The roster for matches on the night is filled with talented wrestlers, who have had experiences wrestling around the world, and one who just returned from a WWE tryout.

Maddison Miles, a 19-year-old women’s wrestling sensation who hails from Sackville, will look to show Chantal why she got the call from the WWE for a tryout when the two square off in Lantz.

Fans will want to see this match as there may be a special guest in Miles’ corner for the match, giving her a possible upper hand against fan favourite Chantal.

Markus Burke is on the card to wrestle. It seems wherever he goes, controversy follows, and Lantz could be no different. Love him or hate him, one aspect every fan agrees on is Burke’s talent. Burke was once the champion of South Africa.

Will East Hants fans discover why they call him the Violent Canadian?

Also appearing on the card will be Lincoln Steen, who will look to continue his lucky home wrestling win streak.He is the Celtic Roots champion in Cape Breton.

Besides those wrestlers, Titus, who is the Red Rock Wrestling PEI champion; the American Patriot, who was jeered in May when he appeared; Dynamite Dylan Davis; Jeff, who recently wrestled at Fenway Park in Boston; and more are scheduled to compete.

Advance tickets are on sale now at Leno’s Stop Shop and the East Hants Sportsplex for $15. At the gate, it will be $20 to get in.