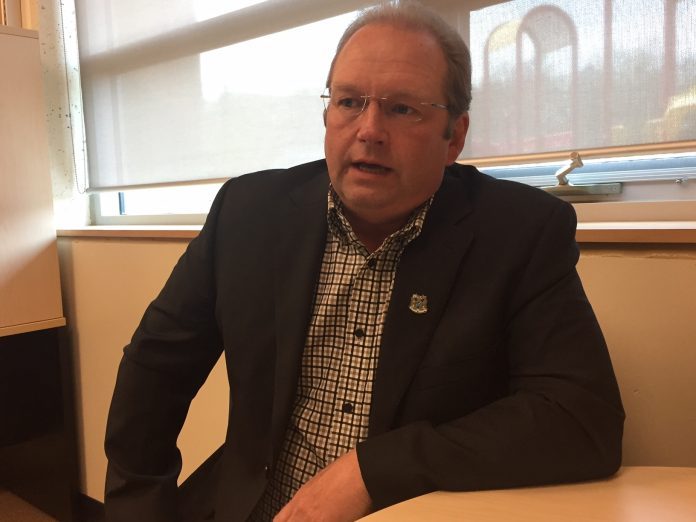 WINDSOR JUNCTION: The LWF Area Rate will remain the same for the next year; however the grants program approval will be moved to Northwest Community Council.

After much discussion around the LWF Ratepayers Association (LWFRA) area rate and what it would mean for the community, such as the Windsor Junction Community Centre, Keloose, and Lakeview Park, an alternative motion was passed unanimously.

That motion from Councillor Steve Streatch will see the area rate of $0.03 per $100 of residential assessment remain status quo. Meanwhile, approval of grants moves from the LWFRA to Northwest Community Council (NWCC).

“The area rate was one that council was looking for a degree of comfort where discretion stayed within the purview of council,” Streatch told The Laker during a break. “I think the motion I brought forward does that, while at the same time it does not cripple the LWFRA as it relates to going forward with their day-to-day business.”

Streatch reiterated to council as did other councillors, they never read the report as targeting the WJCC or to shutter the center of the community.

The biggest issue was that the community wanted to make sure that the Windsor Junction Community Centre was protected.

“There was a great deal of confusion out there about that,” he said. “I want it to be clear that I support that centre. I have always supported that centre and I want nothing but the best.

“Does that mean that the current funding model is the best? I’m not sure, but now we have time and we’ve instructed staff to go out into the community to talk to the board of directors; talk to the young people; talk to the members, and see what the best way forward is.”

Streatch said there are some in the LWFRA area who were unaware of its existence or what it does. Those have never received notification of any meetings.

“I believe HRM, as well as the LWFRA, need to do a better job of communication with our public regarding future decisions,” he said.

HRM Manager of Financial Policy and Planning, Bruce Fisher, said there was a lot of misinformation out in the public domain.

“I bet if we held a public meeting in Windsor Junction no one would come,” said Fisher.

Streatch did take a shot at former councillor Barry Dalrymple.

He said what happened at council is a realization that people don’t understand what is going on.

“It was clear today by the comments of my colleagues that the approval of area rates comes here every year,” he said. “That means for the last eight years this area rate has come here to be approved. Why haven’t these questions been asked in the past? I can’t speak to that.

“I can only tell you what staff brought forward on their own initiative identified deficiencies and those led to their recommendations. Regional council makes the decision.”

Streatch said HRM staff will now go out into the communities involved in the area rate discussion over the next year to see what solution can be found.

“The messages I have been getting from people on both sides, those in favour and those against area rates,” he said, “is that the greatest concern was protection of the WJCC, but greater accountability of how our tax dollars are spent.”