ENFIELD: East Hants RCMP responded to 91 calls for service during the period April 26 to May 4.

On April 28, officers were called to attend a two-vehicle collision on Highway 215 near East Noel.

One vehicle side swiped another vehicle and both vehicles were heavily damaged. One driver removed his plate and fled the scene.

If anyone has information on this matter, please contact East Hants RCMP at 902-883-7077 or Crime Stoppers.

A suspicious fire in a motorhome near South Rawdon on April 28 have RCMP investigating.

The fire had taken place in the early afternoon of April 23when the homeowner had left the property for a short period.

Police say the fire is suspicious in nature and remains under investigation.

Anyone with information on his matter is asked to call the East Hants RCMP at 902-883-7077 or Crime Stoppers.

At a checkpoint in the Rawdon area on April 29, RCMP officers came in contact with a suspicious vehicle.

During interactions with the driver, members were able to determine the vehicle was carrying more than $30,000 in harvested marine wildlife without proper documentation.

Members alerted investigators at the Department of Fisheries and Oceans who were able to attend and take over the investigation.

A theft of tools from a construction site in East Uniacke on May 1 is under investigation by East Hants RCMP.

Missing from the site was a chop saw, two roof and nail guns, a circular saw, and a battery charger.

If anyone has information on this matter, they are asked to contact East Hants RCMP at 902-883-7077 or Crime Stoppers.

Over the past week, members were called to 11 complaints of local persons or businesses failing to comply with public health orders related to the COVID-19 pandemic.

In some instances, the calls were legitimate and police intervention was necessary.  However, in other cases, the caller misunderstood the health guidelines, and the subject(s) of complaint were actually in compliance.

The RCMP wished to remind everyone to stay up to date on the latest public health guidelines to ensure they are staying a safe as possible.

DR. STRANG: The last part of any marathon is the hardest 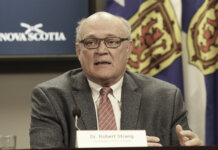 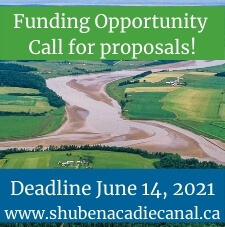