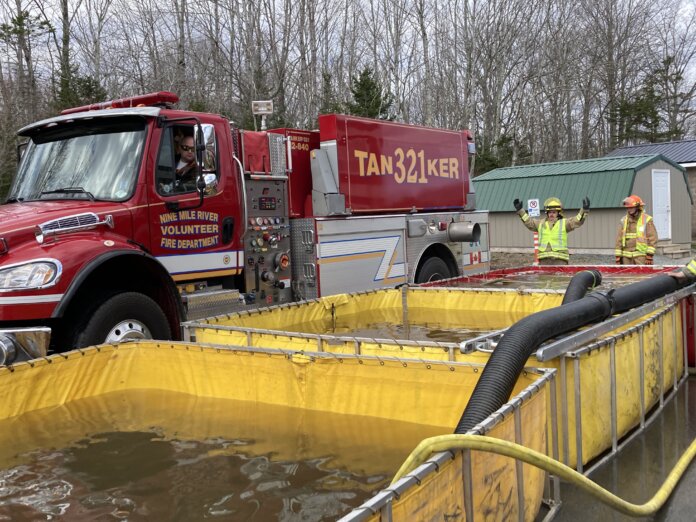 MILFORD: Here is a look at the calls for participating volunteer fire departments in the East Hants and Stewiacke areas for the month of April.

Milford Fire responded to 13 Calls in April; ten of these were to assist their Mutual Aid partners.  They were paged to a Structure Fire in Hardwood Lands and an RV Fire in Milford.

This month they were also dispatched for a variety of calls including Grass Fires, Public Assistance, Electrical Fire and Smoke Conditions.

Milford also assisted HRM Stn 35 on Woods Fire in Cooks Brook.  Milford Fire would like to thank their Mutual Aid partners for their support and assistance on the April 9 structure fire.

As a reminder, it is again that time of the year that Burn Restrictions are in place within the province

Milford Fire recommends everyone Check Before You Burn at the following Link.  https://novascotia.ca/burnsafe/

Kennetcook Fire attended to five calls, one each of a brush fire; a woods machinery fire; one woods fire; a medical (life flight); and a motor vehicle collision.

For Stewiacke Fire, they responded to seven calls in April, led by two each of motor vehicle collisions; two mutual aid calls to neighbouring departments for structure fires; two residential fire alarms; and a woods fire.

The department is also now fit tested to respond to cardiac arrests.

Enfield Fire heard the “sound of their people” eight times in the month, with three being alarm activations and three mutual aid request calls. They also had one medical assist and one motor vehicle collision.

Shubenacadie Fire had 12 calls in April, with grass fires leading the way at four. They were paged for three motor vehicle collisions; one mvc mutual aid; one alarm activation; one structure fire; one heating equipment fire; and one medical assistance.

For Indian Brook Fire, they were toned out nine times, led by four grass/brush fires. The firefighters also had two mutual aid calls to Shubie Fire; one power pole on fire; one motor vehicle collision; and one residential fire alarm activations.

Elmsdale fire had 11 calls, with four being for brush fires. They also had three fire investigations; one motor vehicle collision; one structure fire; one power lines fire; and one alarm activation.

For Lantz Fire, they had six calls in April. That tally was led by two brush fires; one structure fire; one electrical equipment fire; one motor vehicle collision; and one smoke condition.

Due to circumstances beyond their control, Uniacke & District Fire could not provide their April stats.

From the Firehouse is sponsored by: