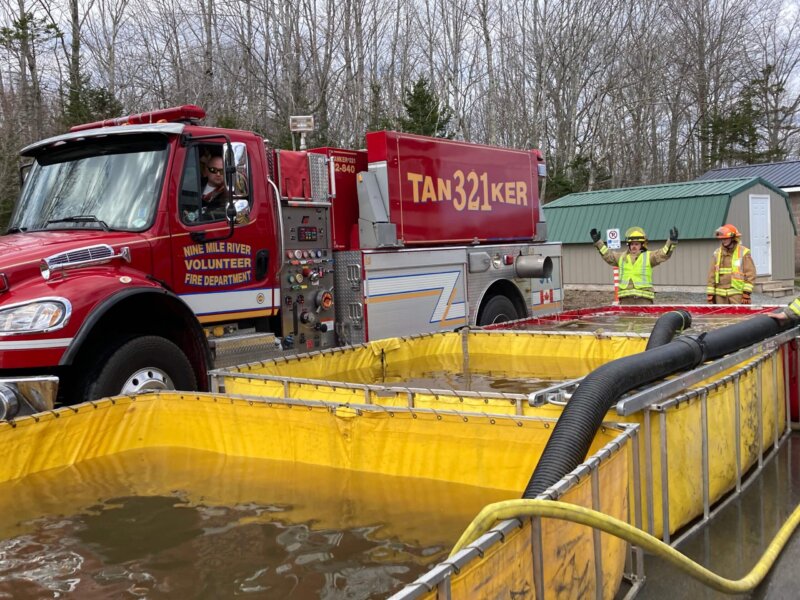 INDIAN BROOK: The fire call numbers are beginning to pickup for area volunteer fire fighters as they resume responding to medical assists calls.

Here’s a look at the calls for June from departments that provide information to us from Indian Brook (Sipekne’katik); Nine Mile River; Stewiacke; Kennetcook; Elmsdale; Enfield; Lantz; Mount Uniacke; and Milford.

Indian Brook fire responded to five calls in June with two each being for structure fires and smoke conditions, while one was a mutual aid request to Shubie Fire for an mvc.

For Nine Mile River Fire, they heard the “sounds of their people” for seven calls, led by four mutual aid requests. They also had two mvc’s and one medical assist.

Stewiacke Fire had one of their busiest months in the past year with 14 calls. That total was eld by a total of eight calls during the recent major storm that blew through the area, all within a span of an hour.

For Kennetcook fire, they had six calls in June, led by three medical assists. Their other calls were one structure fire; one ATV collision; and one fire alarm activation.

Elmsdale Firefighters responded to 23 calls, led by 15 medical assists. They also were paged out for four mvc’s; three fires; and one investigation call.

For firefighters with Enfield Fire, they heard their pagers tone them out for four mutual aid requests; one mvc; one structure fire; one alarm activation; and one power line fire.

Lantz Fire responded to 23 calls in the month of June including several structure fires, medicals and MVC’s.

For Uniacke & District Fire in Mount Uniacke, they responded to 17 calls in total and the breakdown is: 10 medical assists; four mvc’s; two mutual aid requests; and one brush fire.

The department wishes to thank everyone for supporting our department in the provincial 50/50 draw.

Milford Fire responded to six calls in June; five of which were to assist their neighbouring Departments.

Two key incidents this month that Milford and a number of Mutual Aid Departments responded to were structure fires: one in Shubenacadie and one in Sipekne’katik.

Milford was also called in to assist Shubenacadie with an ATV collision and also to assist Sipekne’katik with two smoke investigation calls inside residential dwellings.

The department responded within their own district to a possible vehicle fire on Highway 102 which turned out to be non-fire related.