FALL RIVER:  A Fall River-owned company is trying to brighten Christmas morning for children in the HRM.

Junk Works Halifax, who is an inline story advertiser with The Laker News and owned by Chris and Sherry Willison, is holding a “HAULiday Toy Drive aimed at bringing smiles to less fortunate children this holiday season.

He said that the company has partnered with the Boys and Girls Clubs of Greater Halifax who will be making sure the community’s donations of new, unwrapped toys are delivered to the many underprivileged children in Halifax.

Donation toy bins are setup at:

Willison encourages residents to drop off any new, unwrapped toys at the locations mentioned.

“On Dec. 21, we will collect the toys and bins and deliver the toys to the Boys and Girls Club, Halifax who will distribute them to underprivileged children in time for Christmas Day,” said Willison.

He is thankful for the support shown.

“We really appreciate the support and generosity of the people of Nova Scotia and those individuals and businesses hosting a bin, as well as those helping to promote the Hauliday Toy Drive,” said Willison. 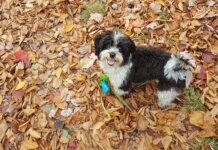