WAVERLEY: Brooklyn Peyton is getting to combine two of the things she’s most passionate about—dogs and baking, and not necessarily in that order.

Peyton, a Waverley resident and soon-to-be Grade 12 student at Lockview High, has taken the time during the COVID19 lockdown to put those two things together and create Bark Bites by Brooklyn, for which she produces 100 per cent handmade doggie treats with spent brewers grains, natural ingredients and zero preservatives.

“My dad has been doing a little brewery throughout this whole virus and would throw out the spent grain that he would use,” said Brooklyn inside the family’s home in their picturesque subdivision. “I did some research to see what I could make with the leftover grain and came up with three recipes for dog treats.”

“It gives me a lot of experience running a business and dealing with customers,” she said.

To date she has sold over eighty dog bags—they are $10 for a 150-gram bag and $5 for a sample bag. She sells the treats in sizes that are small, medium, and large.

She’s taking things that would be thrown out—the spent grain—and making use of it. It has been such a learning experience and time filler, said dad Larry.

“Instead of binge-watching TV during the downtime, she’s binge baking the dog treats,” said Larry. “She’s taken the time for repurposing the grains, learning and advancing herself rather than falling behind.”

Peyton has created a Facebook Page and Instagram page for Bark Bites by Brooklyn. Check them out by clicking the links to each over the highlighted word.

Getting Bark Bites by Brooklyn treats is something you cannot just stop by and pick up. It’s an on-order product as she makes them very fresh. There’s a waiting period, and it all depends on when Larry brews, which takes place every week or two.

“Once I go through the grains and there’s none left, I can’t do any more treats until dad brews again,” said Peyton.

Before she sells the treats to anyone, she makes sure her “guinea pig” likes them.

“I give them to my dog, Hilo, first before I give them to anyone,” she said. “He loves them. They’re remarkably simple and healthy.”

Peyton said the business isn’t about the money for her, but the experience. After a bit of taste of the entrepreneurism, she would be game to running her own business when she’s older.

“I think it was a really good opportunity for me to do this business, and something positive for me to undertake during COVID19,” said Peyton.

She has found the whole thing very enjoyable. She was asked why.

“Ever since I was little, I have loved baking, and that’s how I am now,” said Peyton. “Making these dog treats is really fun to do. I also love dogs.” 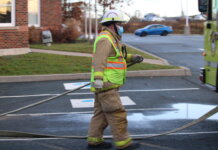 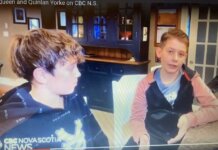 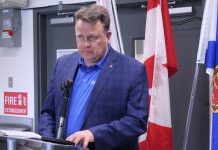 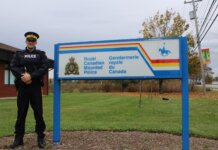 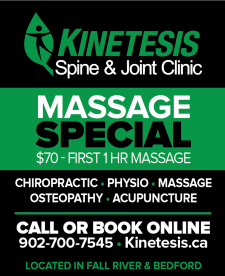