The following is a statement from Premier Tim Houston, as sent to media:
——————————————————–
I want to express my profound disappointment in the decision by the Government of Canada to impose a carbon tax on Nova Scotians at a time when fuel and heating costs are at an all-time high and many Nova Scotians are struggling.

Let me be clear – Nova Scotia supports action on climate change but doesn’t support a carbon tax of any amount on home heating oil at this time. It’s incomprehensible to me that the federal government doesn’t agree.

A new fuel tax when there are record highs at the pumps also makes no sense. We have been told this is intended to change behaviour, but even with today’s prices, we aren’t seeing any significant change.

That’s because people in our rural communities need to drive. They don’t have options to ride a bike to work, take the bus or – as a federal minister suggested – use the subway. The federal government’s failure to understand this shows they’re simply out of touch. Fuel rebates are welcome, but they won’t ease the pressure Nova Scotians are feeling now at the pump.

Yesterday, the Government of Canada announced a new program to help get Nova Scotians off home heating oil. This is a goal we share. But it will take years to make this change. It won’t help Nova Scotians struggling today.

Our government is working to expand the Heating Assistance Rebate Program and looking at long-term solutions to increase energy efficiency and make life more affordable. We fought this carbon tax to the end, including reaching out to the federal Minister of Environment and Climate Change last night to ask him to reconsider. We still implore the federal government to reverse this poorly timed decision.

No one left the door open for the Trudeau government to do this. They had the choice.

They could have chosen our legislated plan to reduce greenhouse gas emissions, which would have achieved and exceeded their GHG emissions goals.

They could have paused the program and worked with Premiers across the country to find ways to support people and reduce emissions that did not include a punitive carbon tax.

Instead, the Government of Canada is imposing a carbon tax knowing Nova Scotians, and Canadians, are struggling. 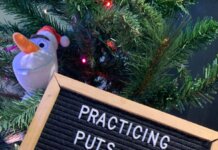 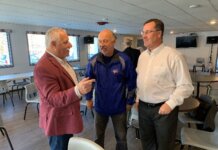 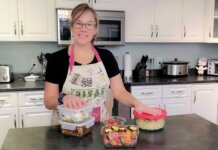 Wellness Within: Vegetarians and Protein 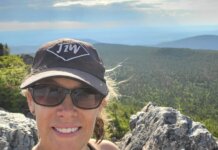 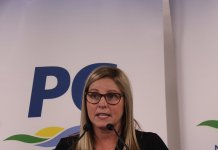