ENFIELD: If he were to become Premier of Nova Scotia, Tim Houston said he would take careful consideration as to implementing body cameras across the province’s police force.

During an interview with The Laker News at the Tim Hortons in Enfield, Houston was asked if he would equip police with the mechanism to better protect them and Nova Scotians from any wrong doings. He pointed to the pilot project underway by Truro Police with regards to the use of body cameras.

“We’re watching what is going on with the body cameras in Truro,” said Houston. “But the justice system and law enforcement are critical to the way our society functions.

“I’m happy to always have discussions about supporting Nova Scotians, professionals, and law enforcement in how we respond to certain situations and training.”

In Truro, police chief Dave MacNeil said the use of the body cameras is partially in response to the Black Lives Matter protest, but also to make use of improving technologies.

Truro is using WatchGuard cameras. According to a CBC story, a small camera is attached to the front of the uniform. It’s connected to a dash camera and both automatically turn on when an officer hits the lights and siren.

When officers return to headquarters, the device transfers the footage to a server kept in the station.

Houston said the province can always do better when it comes to domestic and mental health situations.

“I’m always looking for ways to be a part of the process to do better,” he said. “I’m supportive of any initiative in that regard.”

N.S. RCMP told CBC N.S. it would begin to equip some of its members with body cameras as well. 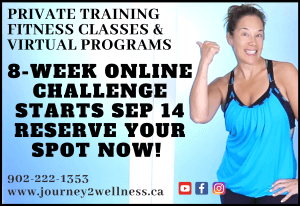