This is a release from Bell Canada

HALIFAX: Bell has announced the expansion of its innovative high-speed Wireless Home Internet (WHI) service to rural Atlantic Canada, with access planned for approximately 70,000 households by the end of 2020 and a total of 200,000 locations over the next 2 years.

“Bell Wireless Home Internet has made a positive difference for many Canadians living in rural and other underserved communities, and we’re proud to bring this unique service to the Atlantic provinces,” said Glen LeBlanc, Bell’s Vice Chair, Atlantic. “Over the next 2 months, approximately 70,000 residences in hundreds of Atlantic Canada communities will get access to fast and reliable broadband service, building on Bell’s goal to advance how Canadians connect with each other and the world.”

“Access to high-speed Internet is no longer a luxury, it’s a necessity – one that’s become increasingly important due to the COVID-19 pandemic,” said the Honourable Navdeep Bains, Minister of Innovation, Science and Industry. “The expansion of Bell’s Wireless Home Internet service will help Canadians in rural Atlantic communities get connected faster, better and easier to run their businesses, pursue educational opportunities and participate in the digital economy.”

WHI has also recently been enhanced to deliver 50/10 access speeds (50 Megabits per second download/10 Mbps upload), which will be available to about 70% of connected homes. All WHI customers also receive the advanced Bell Home Hub modem to provide the fastest Wi-Fi throughout the home.

“With Wireless Home Internet we are able to stay in touch with our family and friends in other parts of Canada by video chat without any lag. This has been especially important to us since we’re unable to travel due to COVID-19. Streaming our shows and movies is a whole lot better now too,” said Glenn Lock, who participated in Bell’s WHI technology trials in Newburne, Nova Scotia. 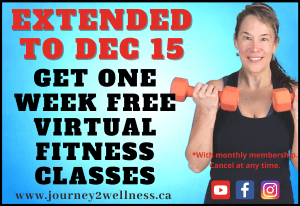 “Wireless Home Internet leverages Bell’s fibre and wireless networks to efficiently deliver broadband Internet access to smaller towns, rural communities and other hard-to-reach locations,” said Stephen Howe, Bell’s Chief Technology Officer. “Enhanced 50/10 speeds will be available to the majority of locations as will upgrades to 5G service in future once necessary wireless spectrum is made available by the federal government in 2021.”

The Wireless Home Internet program is fully funded by Bell as part of our $4 billion capital investment in advanced networks and services each year. It’s currently available to more than 400,000 households in Ontario, Québec and Atlantic Canada, and is expected to reach 1 million homes in smaller towns and rural communities across Newfoundland and Labrador, Nova Scotia, Prince Edward Island, New Brunswick, Québec, Ontario and Manitoba.

To see if your home is eligible and to learn more about Wireless Home Internet, please visit Bell.ca/FastInternet.

(A list of communities available in the full release)