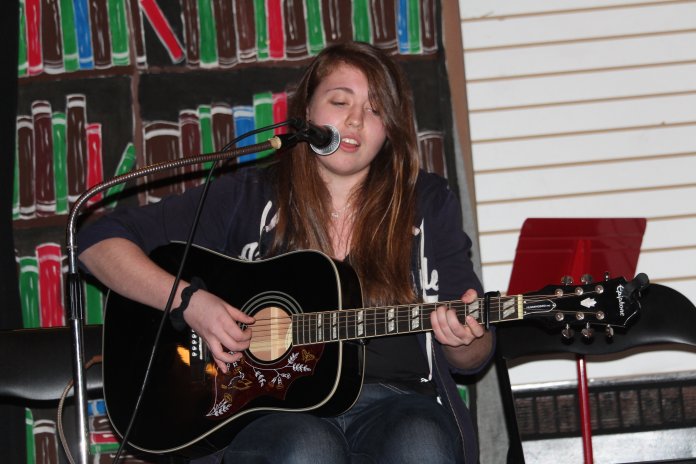 WINDSOR JUNCTION: Felicia Wasson sings as she plays the guitar Soldiers Light by Rylee Preston during the Emmanuel and Friends concert at Fall River School of Performing Arts in Windsor Junction on Nov. 2.

Approximately 20 people came out for the intimate concert featuring Emmanuel and friends in support of his studies as an international student at Dalhousie University. The event was by donation.

It is one of several being held throughout the Halifax area to help raise money for Emmanuel. (Healey photo)

Hannah Lever plays the trombone during the concert at FRSPA on Nov. 2. (Healey photo)

Raquel Wasson teamed on stage with sister Felicia for one of the performances during the first set at Emmanuel and Friends concert at FRSPA on Nov. 2. The two sang Wanted by Hunter Hayes. (Healey photo)