OAKFIELD: A concerning issue regarding fire coverage for those on the provincial park side of Oakfield Park Road was quickly rectified once the local councillor and fire officials learned of the problem.

Recently, Darrell MacLean, a resident on the Oakfield Park side, noticed that the weight and speed had been reduced on the one-lane bridge that connected those on the lake side to the community of Oakfield and Grand Lake.

The Department of Transportation and Active Transit (TAT) had crews out and change the weight as well as the speed. The weight to cross the bridge is now at 15 tonnes, which is below what a fire truck carrying water would weigh.

That would mean any responding tanker fire truck would have to dump its water before crossing, then take time to fill up once across before getting to any fire on the park side.

Peter Andrews, Deputy Fire Chief – Operations with Halifax Fire, explained once HRM Fire were made aware of the issue, they contacted the province and provided them the weights of responding fire apparatus in the area.

“We quickly discovered that no fire truck would be permitted to cross the bridge with their water tanks full,” said Andrews to The Laker News. “However, when we drained the water, we found that most of our pumper/tanker apparatus could cross (excluding heavy aerials and large tankers).

He said that HRM Fire has pre-positioned a large tanker on the Oakfield Park side of the bridge as an initial fire response and water supply. That, along with a rescue truck from Station 42 (Wellington), are placed at MacLean’s property.

“We have also positioned a water pump so that once other fire trucks arrive without water, they will be able to fill up from the local lake,” said Andrews. “Crews have been provided a site-specific response plan for this contingency.”

MacLean said the weight change seemed to happen when workers were out flagging where the new bridge is going to be built.

“We had all assumed the proper channels were followed, T’s were crossed and I’s were dotted, and everyone that needed to know were informed,” said MacLean. “That didn’t happen. I dug into a bit and found out HRM Fire hadn’t even been notified.

“I volunteered my property to have a tanker fire truck with 1500 gallons of water in it ready to respond, God forbid something happens.”

Andrews said TAT staff have told him that the bridge is scheduled for replacement later this year.

“We have also been advised that once the contract is awarded for the bridge replacement, a level crossing will be installed across the rail line which should alleviate these concerns during the completion of the project,” he said.

MacLean notified HRM Fire and Councillor Cathy Deagle Gammon about the issue as soon as he knew.

Deagle Gammon said when she learned of it, she contacted HRM Fire who were in the process of planning for the response.

“HRM Fire is going to be communicating what their plan is with residents so they can feel supported and safe,” said Deagle Gammon on April 20.

She said it was a “massive concern” when she learned of the weight restrictions impacting fire response.

‘There was a resident who informed me and then I sent a quick email and phone call to Halifax Fire and asked if we had a plan for those residents,” she said. “They promptly responded to me to say they had a plan. They pulled everything together as quickly as they could and did their due diligence.”

Andrews said fire generally gets notification when bridges are scheduled to close, and they work with the province to ensure that HRFE does not get lost in the notification process for changes like this.

“In this case, local residents and our local volunteer firefighters who are closely in tune to what changes to weight restrictions mean for fire response, raised the concern,” he said. “Obviously, emergency response and public safety are of a major concern to HRFE.

“Although it would have been preferred to know in a timely manner when the weight restriction was changed, HRFE is always able to modify our procedures to ensure a response. 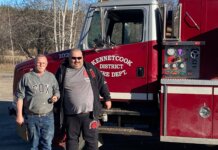 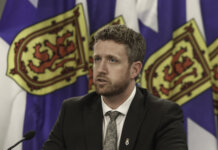 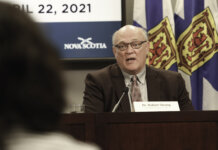