ENFIELD: East Hants RCMP responded to just shy of 100 calls for service between June 2 and June 9.

On June 5, East Hants RCMP were advised a grey 2010 Honda Civic was stolen from the Milford area. The vehicle was outside from the owner’s residence.

Immediate patrols of the area failed to locate the vehicle.

Anyone with information on this matter is asked to contact the East Hants RCMP at 902-883-7077 or Crime Stoppers.

Later on June 5 and 6, police received a complaint of a Break and Enter at commercial business in the Mount Uniacke area. This saw damage to several travel trailers and a truck.

Police are still looking for the culprits and are seeking the public’s assistance with any information that will help solve this matter. 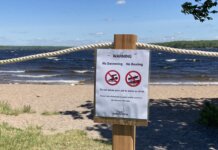