ENFIELD: East Hants RCMP responded to 108 calls for service during the week of Nov. 3-10, according to information provided by S/Sgt. Cory Bushell.

Between November 4 and November 9, three individuals were charged for illegal transportation of cannabis products in a vehicle. A fourth was warned. In these cases, tickets were issued as cannabis was accessible to the occupants.

On Nov. 5, RCMP responded to a complaint of reckless driving on Highway 2 in Elmsdale.  A Back Pick-up was observed driving erratically and trying to pass vehicles when unsafe to do so.

The vehicle was gone upon police arrival.

The public is reminded action can still be taken in instances such as this if police are provided with a vehicle licence plate, vehicle and driver descriptors.

The driver exhibited signs of impairment and was taken back to the police detachment to provide samples of his breath.  The driver, a 25-year-old Hants County man blew more than twice the legal limit. He was charged and will face court.

Police responded to a complaint of suspicious activity on the evening of Nov. 6 in the Mill Village area.  It was reported a vehicle was driving slowly and using a flashlight to peer into fields.  Shots were heard earlier in the same area.

It is believed someone was attempting to poach deer.

On November 10, it was reported a local resident had unknowing divulged personal information to a would be scammer over the phone.

The complainant had walked in on the phone conversation and interrupted the potential victim before the scammer could take action.  The individual’s bank was immediately contacted prior to any losses.

The public is reminded to NEVER give out personal information over the phone to someone who calls unsolicited.

Police received a report that someone had stolen the valid vehicle registration sticker from the complainants license plate on Nov. 10.  The vehicle was parked at an Elmsdale business at the time of the theft.

The public is reminded the use of stolen or fake inspection and or registration stickers is not only a crime,but may also indicate the vehicle is either unsafe for the road, uninsured or both. Either case could potentially put the motoring public or pedestrians at grave risk.

If you have information about such activity, please contact police. 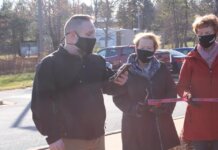 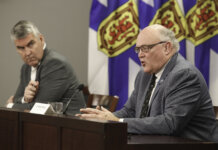 Gathering limits tightened in HRM, including Enfield and Mount Uniacke