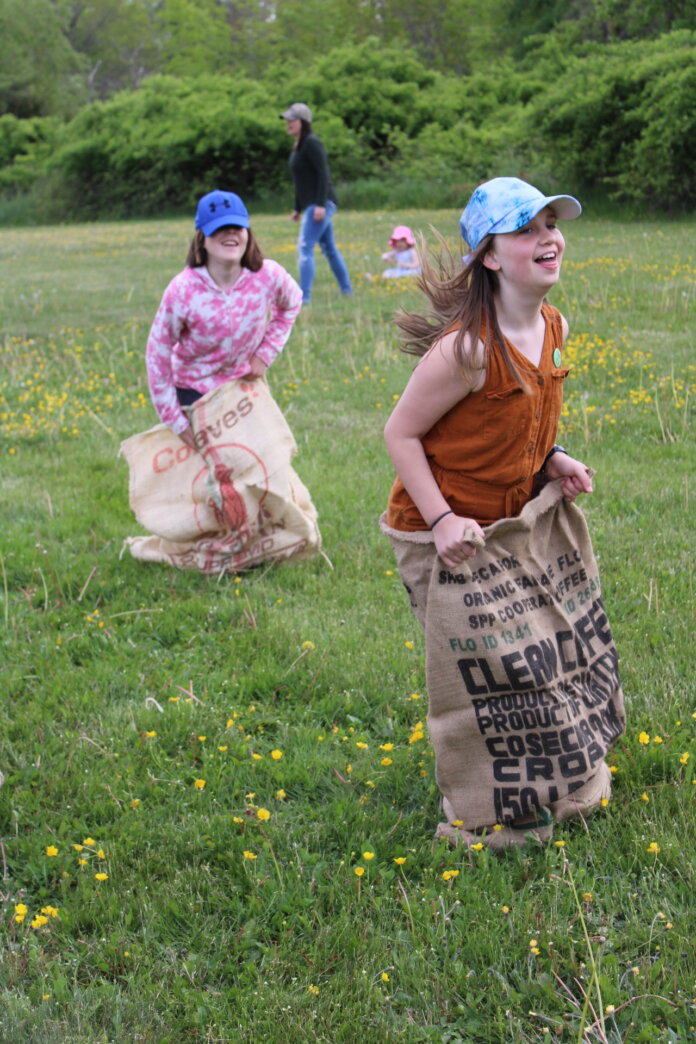 ELMSDALE: A community picnic for families was held last week at the East Hants Family Resource Centre in Elmsdale, near the Sobeys.

The event, put on by the East Hants Community Learning Association and held in partnership with East Hants Family Resource Centre (who have their offices in the old school for several years now) and Participation, was held under mix of sun and overcast skies.

As one arrived, it was easy to see there was a great turnout as parking was minimal at best on site as families took advantage of the fun activities and free food to come out and see what the event was all about.

Active East Hants was on hand to tell residents about the Participation challenge and how to help East Hants be the most active in N.S. Currently, Halifax is first and East Hants is second.

There were potato sack races; a tour near the Community Garden; a name the Scarecrow contest; blowing water bubbles, throwing playful axes; a BBQ; and much more. There was even a table with books that people could take and go read.

EHCLA decided with COVID-19 restrictions lifted for the most part to bring back the long-awaited Family Picnic over a two-=hour period on June 6.