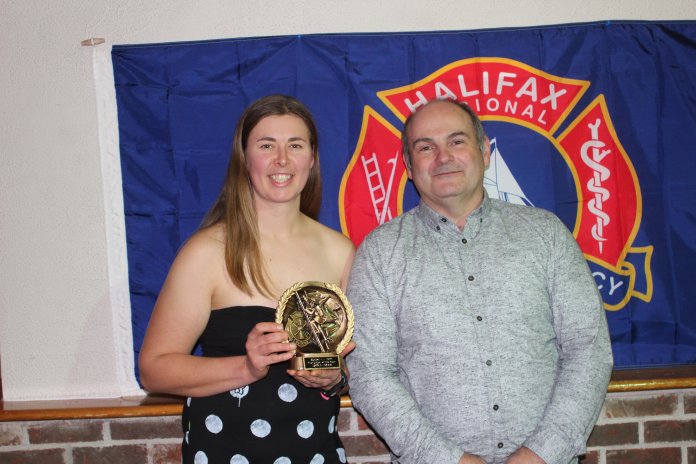 FALL RIVER: Station 41 Waverley named firefighter Ksenia Zaitas as their choice for Firefighter of the Year at the Zone 4 firefighter awards dinner and banquet, held Nov. 23 at the Wellington/Fletchers Lake Station House (Station 42).

It was presented to her by Bryan Lynch.

Nick Yeomans, volunteer fire chief at Station 45, was named the Officer of the Year for Station 45 Fall River at the awards banquet.

Erika Hebert received the Officer Choice of the Year award for Station 42/43 during the volunteer fire awards banquet, held Nov. 23 at Wellington/Fletchers Lake Station house./ It was presented by Ryan Crain and Jeff Pickrem. (Healey photo)