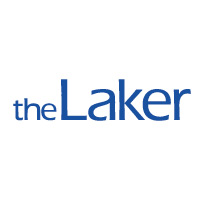 Captain Jon Heffernan, who was Incident Command at the call in the 100 block of Alderney Drive, said fire crews were met with heavy smoke from the attached garage.  One person evacuated themselves from the home with no injuries.

“It was a quick knockdown with no extension from the house,” said Heffernan. “The fire was discovered early and 911 called promptly which help confine damage to the garage.

Approximately 25 firefighters from Enfield, Elmsdale, Lantz, and Nine Mile River along with N.S. Power, EHS, and Enfield RCMP responded to the scene.

Heffernan said there was a lot of smoke and water damage to the home.

“The cause of the fire we believe to be electrical in nature,” he said. “The firefighters of East Hants worked hard quickly and with professionalism and that led to no fire damage to the home.”

He wanted to remind everyone that if they are using portable heaters to keep the clear and not to leave them on if no one is around.