EAST HANTS: A hockey player from East Hants has announced he has committed to an NCAA Division 1 hockey team, when the time comes.

He announced on his twitter last week that he will be a University of Vermont Catamount, where he hopes to begin play in September 2022. However, not all freshmen can hit the ice and be ready for Division 1 hockey.

So, when exactly Ramsay does start playing will be a decision left up to the teams coaching staff and Ramsay based on his development over the next year-and-a-half.

Currently, the University of Vermont is 1-5-2 (won-loss-tied) with a late start to the season due to COVID19 cases in the state.

In the tweet Ramsay thanked his family, friends, coaches, and teammates for their help and support along his journey.

“Honoured and proud to announce my commitment to play division I college hockey at the University of Vermont,” said Ramsay in the tweet.

Ramsay, who suited for the Major Bantam Rangers in 2017-2018, was selected by the Saint John Sea Dogs with the 70th pick overall in the fourth round in last June’s QMJHL draft. He had just finished off a great season with the Mount Academy Saints, a prep school team based in Charlottetown, P.E.I.

With the U16 team he compiled a goal and 10 assists in 15 games during Canadian Sport School Hockey League East play. With the U18 team, he played in five games and had no points.

In East Coast Elite League play U16 division, Ramsay had seven goals and 15 assists for 22 points in 16 games played with the Saints.

Ramsay is now with Kimball Union Academy, a prep school in New Hampshire this year.

Now his focus turns to being ready to play at the NCAA Division 1 level in 18 months. 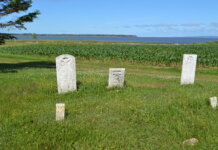