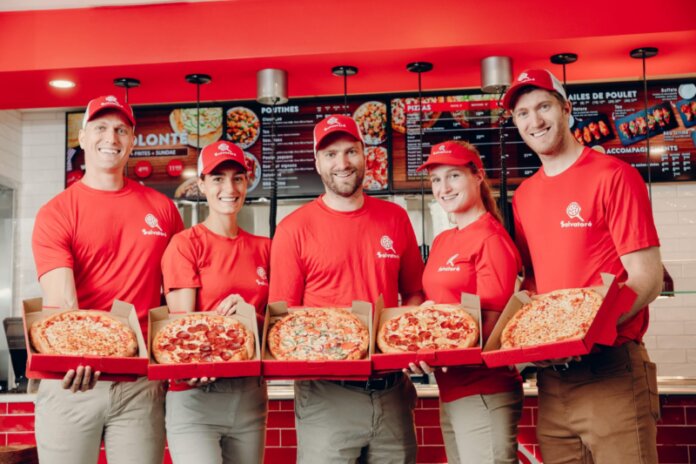 The new Pizza Salvatore restaurant, which will open its doors at 405 Sackville Drive, is giving 100 large pizzas to community, sports, educational, and cultural organizations in Lower Sackville.

“As in every location in which we operate, we want to make a real difference in the community. This is why we donate 100 large pizzas to different local organizations when we open a new restaurant,” said Elisabeth Abbatiello, communications manager for the family business that was founded in 1964. “It is also a way for us to thank the citizens and the community for welcoming us.

“This initiative is also a great opportunity for us to learn about the different challenges in the area and it allows us to get involved in a long-term perspective.”

Giving back to the community and being actively involved in it has always been important for the family owned banner. The five siblings invite any interested organization to submit an application to sponsorship@pizzasalvatore.com.

Each year, Pizza Salvatore gives out over 2,000 free large pizzas in a multitude of locations across the province of Quebec. This year, Pizza Salvatore is more than happy to collaborate with his food distributor Sysco Quebec for these donations. A precious partnership which will allow Salvatore to be more involved with the community of Lower Sackville.

Founded in 1964 by Mr. Salvatore Abbatiello, Pizza Salvatore is recognized as the #1 pizza and poutine delivery company in every area there is a Salvatore restaurant. The company is owned by the 3rd generation and is 100% Canadian.

Since September 2018, the company is owned by the third generation, which consists of three brothers and two sisters.