FALL RIVER: A Maritime Hockey League (MHL) goalie who hails from Fall River said he was shocked when he learned he was the recipient of a prestigious league award for his mental health advocacy.

Boyd, 20, has been a leading mental health advocate in the community after being diagnosed with depression and anxiety in the summer of 2020. The Lockview High alum not only took it upon himself to get the help he needed to improve his mental health, but also opened up publicly about his battle in a previous article with The Laker News.

“It’s a true testament to what’s around me. I come from a strong family and a community like Fall River where I grew up knowing what it means to be part of the community and how to treat others with respect.

“It’s a complete honour to be this year’s recipient. Hopefully, I can continue to grow and continue to be a mental health advocate and raise awareness for such an important cause and a role model for kids.”

Boyd created the Saves for Life Campaign after hearing about the tragic story of a young girl in Fredericton who died by suicide early in 2021. This followed the loss of a close friend by suicide last summer.

He committed to donate $1 per save made for the rest of the regular season. Boyd also created a GoFundMe page for private donations. A number of supporters, including the Rapids organization, matched his personal donation at the end of the season, leading to a donation of $6,040 for the Canadian Association for Suicide Prevention.

Boyd had been told about the MHL award, but he didn’t know until recently he was the winner.

“It’s pretty special,” he said. “There’s a lot of good candidates in our league out there, and to be selected as the best one it’s quite the honour.”

In addition to raising money, Boyd is also taking to social media platforms regularly for live chats about mental health. They offer a chance for people to ask questions, seek advice, or just allow people to have someone to talk to about their own struggles.

He said it’s pretty amazing to hear the impact he’s had on people just by telling his story.

“It’s something that I’ll remember,” he said. “It’s amazing the amount of people who have told me the impact I’ve had on them.”

While he has a pretty strong family back home in N.S., he credited his Rapids billet family, the Kavanaugh’s—Pat and Colette, and his billet sisters Jess and Joelle, and his billet brother Zack Arsenault—with being huge supporters for him when he needed it in Grand Falls.

“They do absolutely anything for me,” said Boyd. “I have the upmost respect for them. I’ve lived with them the past three seasons, going into my fourth. They treat me like I’m one of their own.

“If I’ve ever needed them, they’re always there. There were nights where I have had rough goes and they’ve come down to my room and sat with me. It goes to show how much a billet family can impact your life. I can’t thank them enough.”

He thanked everyone for their support of his career and through this crazy year and being patient and having the time to chat.

“It’s amazing to feel all this love,” said Boyd.

Boyd also took a lead role within the Rapids organization on Bell Let’s Talk Day by sharing more of his own story and advice.

“COVID-19 has brought many spin-off challenges to this world and one that can’t be ignored is the toll it has taken on an individual’s mental health,” says Boyd’s former coach and MHL co-Coach of the Year Brad MacKenzie. “Nolan continues to fight his personal battle and has also stepped up to the plate to help others fight theirs. His initiative is truly saving lives.” 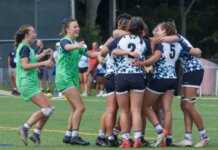 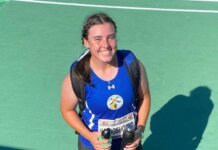