At the March 23 COVID19 briefing, the Chief Medical Officer of Health and Fall River resident was asked by The Laker News what has to happen to allow spectators to return to sports played in school gyms.

Dr. Strang said ultimately the decision has come down to being cautious. He said public health is allowing spectators at sporting events in general, but at schools they’re not. It’s a decision he supports.

“They’re being very careful about who comes into their building after hours for non-directly educational purposes,” he said. “They’re really focused on protecting their buildings, and the space within those buildings.”

VIDEO (editing done by Dagley Media to where The Laker News asks questions):

He said Nova Scotians have done a good job of keeping schools safe, and that’s why this decision as made. The primary focus has to remain on education inside those buildings.

That decision seemingly means that parents will remain on the outside unable to cheer on their sports athlete son or daughter in the sport they love as their teams wrap up their season. 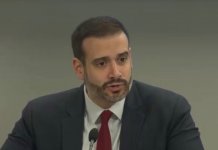