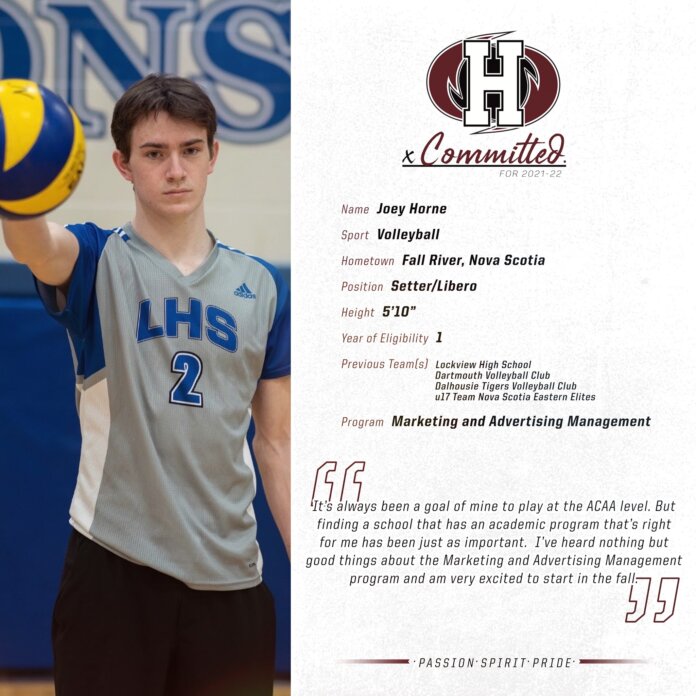 FALL RIVER: A Fall River volleyball player is heading to the land of Anne to continue playing at the next level of men’s volleyball and for his post-secondary education.

The Holland College Hurricanes announced Joey Horne, listed at five-foot-10, has committer to the Charlottetown facility for the Marketing and Advertising Management program.

The Hurricanes play in the Atlantic Collegiate Athletic Association (ACAA).

In the classroom, Horne earned status on the Principals List during his three years of high school with grades of more than 90 per cent.

“It’s always been a goal of mine to play at the ACAA level,” said Horne. “But finding a school that has an academic program that’s right for me has been just as important.

“I’ve heard nothing but good things about the Marketing and Advertising Management program and am very excited to start in the fall.”

Horne is described as someone with great ball control and work ethic.  His natural defensive abilities help dictate what his opponents do with the ball.

The passion he has for the game and ability to stay in the present will play an important role for the Hurricanes this season.

“The brief conversations that I have had with Joey so far really excite me as his coach,” shared new head coach, Hayden Nichol.

“Our fans can expect lots of great volleyball action this season,” said Horne. “Players have been practicing and scrimmaging in gyms for over a year now without real games.

“Hopefully we can bring some energy back to the campus this fall.” 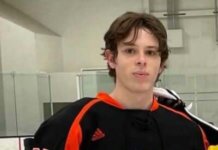 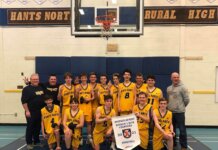 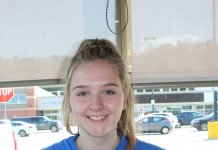 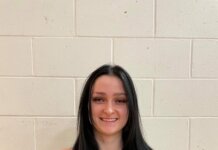 Foye excited to team with Marshall on Mystics hoops roster 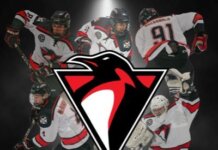