LANTZ: A hockey player from Lantz is getting a fresh start in a new city playing the sport he loves.

In late April it was announced that Kyle Campbell, a former Cape Breton Eagle, and Quebec Remparts in the QMJHL, had signed to lace them up with the Liege Bulldogs for the 2020-2021 hockey season.

The Bulldogs are a Belgian hockey team that plays in the BeNe League.

Last year, Campbell suited up with Briançon in Magnus league in France before finishing the year with Podhale Nowy Targ in the best Polish league.

For the Bulldogs, he will don his familiar no. 71 as he lines up alongside his teammates, who are mostly Belgium born. The team is coached by American Paul Vincent, according to Google and Wikipedia.

Campbell explained how his time with the Bulldogs came about in a post published by the team.

“After my last season, I contacted Jessyko Bernard about his arrival in Liège. He had nothing but great things to say about the city, the team and most of all people,” said Campbell in his own words. “After talking to a few more people I decided to sign with Liège.”

He talked about the type of player he was, letting the fans know what to expect.

“As a player, I bring a lot of intensity to every game, I will do anything to win for my team,” he said. “I’m a solid skater and use my size to my advantage. I am proud to be a leader and strive to help my teammates get better every day.”

Campbell is hoping to lead Liege to another championship.

“I hope with my experience I can help Liège win another championship this season,” he said. 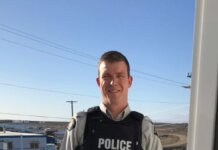 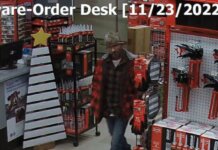 Suspect in tool theft being sought by RCMP