After a year of unprecedented growth in cycling in Nova Scotia, albeit during an unprecedented year of change, Bicycle Nova Scotia (BNS) is pleased to see the Provincial Government take a moment to think about the future, and how transportation may play a significant role in improving health, reducing greenhouse gas emissions and boosting rural economies.

While significant investment has been made over the past decade in AT planning, shoulder paving, trail upgrades, bike lanes and Blue Route advancement – there has yet to be an overarching vision of how to effectively and efficiently use public resources so that the result is more than the sum of its parts. So that rather than disconnected bike lanes and multi-use pathways, we are building a network that connects people to work, connects communities to communities and makes the best use of our existing assets.

With the prioritization of AT, there is not a moment to lose in taking advantage of federal funding for “green infrastructure” and active transportation. With the commitment to a National AT Strategy, Nova Scotia could be ahead of the game well in advance of nation-wide efforts.

It is imperative that existing momentum continue and that it not get lost in the shuffling of departmental mandates. Progress will need to be made over the next six months, as people dust of their bicycles for what looks to be a second summer of mostly staying within Atlantic Canada.

With a focus on AT, the new Department will have to prioritize its summer paving plans through an AT lens by building on existing shoulder paving initiatives, extending the Blue Route to low traffic but well maintained roads, and connecting communities.

Collaboration with other departments that have invested in AT expertise should happen immediately, and communities with shovel ready projects should be funded so that infrastructure is built this summer.

An overall vision for AT should be adopted. BNS is more than ready to assist with this having led on the Blue Route and recently releasing a plan for a Complete AT Network in Nova Scotia. This vision should be reinforced by clear goals and a regulatory framework. Releasing the long awaited provincial Active Transportation Policy Framework would be welcomed, particularly given that it was largely drafted in 2015. Including targets for AT and cycle-tourism in the overdue regulations under the Sustainable Prosperity Act would be another important step.

Any vision requires a solid economic case. Review of the economic benefits of cycling and baseline economic impacts should be completed, and then goals set to double and triple this baseline over the next six years.

All AT users should be happy to see the planets aligning over these past two years. From the development of a National AT Strategy and community-level support and funding through the federal Investing in Canada Infrastructure Program (ICIP), to the creation of a provincial department prioritizing AT, BNS is confident in saying that the cup is definitely more than half full as we continue to develop a robust active transportation network in Nova Scotia.

No better time to join the AT wave as a BNS member by registering through bicycle.ns.ca. 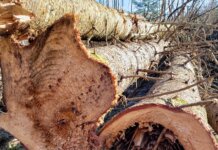 OP-ED: Proud of Nova Scotia’s forestry sector and the work they do 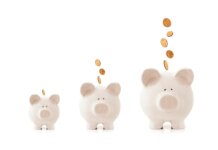 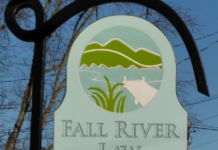 COLUMN: When the going gets tough, the tough explore their options